'I Was Just Lucky': Nathan Coulter-Nile After Picking 4 Wickets Against RR

Mumbai Indians pace bowler Nathan Coulter-Nile said that all the bowlers in the side were equally competitive and as long as "we keep bowling as a unit" the five-time IPL champions will keep attaining success. 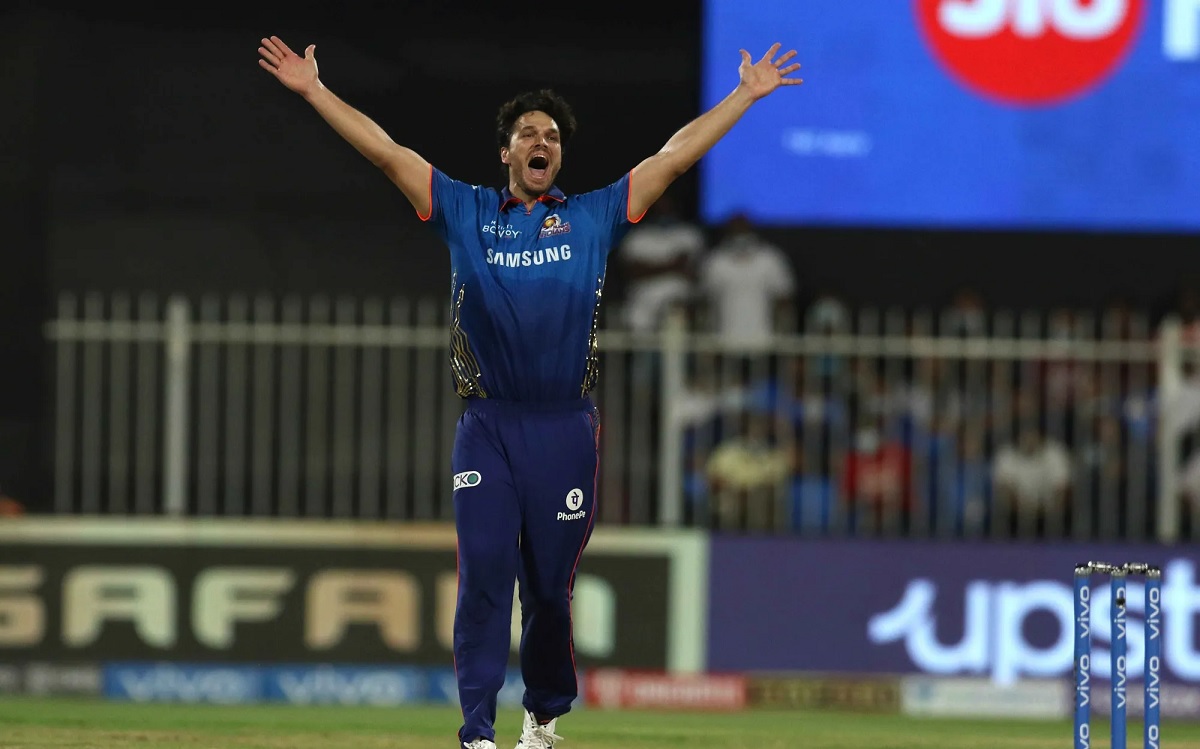 There were multiple bowling heroes for Mumbai Indians on Tuesday against Rajasthan Royals, as Jimmy Neesham (4-0-12-3), Jasprit Bumrah (4-0-14-2), and Coulter-Nile (4-0-14-4) ran through the rival batting line-up and then Ishan Kishan smashed an unbeaten 25-ball 50 to guide his side to an eight-wicket win in a low-scoring match.


Ashes Likely To Get A Go Ahead After England 'Commits' To The Tour: Reports

Asked how crucial his performance was against RR, Coulter-Nile, who had career-best numbers in the IPL on Tuesday and earned the 'Player of the Match' award, said, "Obviously, it was crucial to bowl well; I think it's different bowling today (October 5). We all have to bowl well for someone to be successful. I think that's why we were successful. We had Boulty (Trent Boult) bowl well, (Jasprit) Bumrah bowl well, we saw (James) Neesham bowl well. Everyone who comes in is responsible for keeping the pressure on. So, I was just lucky, the pressure was high when I came on. That was the point when it all got too much.

"I got the wickets and it could be anyone in the next game. As long as we keep bowling as a unit, I think we will have lot more success. I think we were pretty good the whole time. We played to plan and bowled beautifully. I think we were really good and we hope we can keep that going."

On what motivates him to stay fit even if he is not playing every single match, Coulter-Nile, who is just five days shy of his 34th birthday said, "I think it's a part of the IPL, isn't it? When you have a look at anyone's side, they have got some really quality players on the bench. Even today, we had Quinny (Quinton de Kock) on the bench, we had Milne and Lynn, who is one of the best players in Australia, off the ground.

"So the quality on the bench is always so high. So, when you are training even if the squad is training it's just that metric wise it's such a high quality training session. You are always testing yourself in those conditions and it's really easy to stand on top of your game and be ready when you are called for," he added.