Kolkata Knight Riders (KKR) captain Dinesh Karthik said that he wants Shubman Gill to enjoy his cricket journey, after the youngster's 70 not out guided the team to a comprehensive seven-wicket win against SunRisers Hyderabad (SRH) at the Dubai International Cricket Stadium on Saturday. 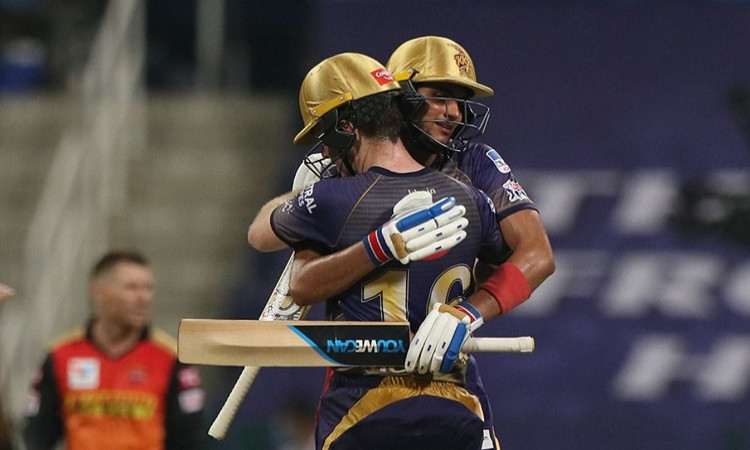 "It feels good to see the youngsters doing well. I want Gill to enjoy his journey in cricket," said Karthik in the post-match presentation ceremony. Kamlesh Nagarkoti, 20, who missed the previous two seasons due to injuries, also finally made his debut for KKR. Karthik said he was emotional for Nagarkoti and is happy that the franchise decided to stick with him.

"The fact that we've been able to groom youngsters, we've stayed with them. I was a bit emotional for Kamlesh. We stuck with him and people ask where he is. It feels good as a captain," he said.

Gill was player of the match for his batting performance. "I've practiced power hitting a lot in the past couple of years. I think it was really important for our team to get this win. We bowled really well, it had to be backed by our batting performance," he said.

Gill's unbeaten 92-run stand with England's World Cup-winning captain Eoin Morgan helped KKR survive a short scare while they chased down SRH's meager total of 142/4. KKR ended up reaching 145/3 in 18 overs. "[Morgan] was batting so well. There weren't any long conversations. As an opener it is my job to see the team through," he said.