I Rubbed My Hand On Body After First Handshake With Sachin: Yuvraj Singh

Yuvraj Singh has admitted that the he was so overawed by shaking hands with Sachin Tendulkar for the first time, in 2000, that he excitedly rubbed them all over his body. 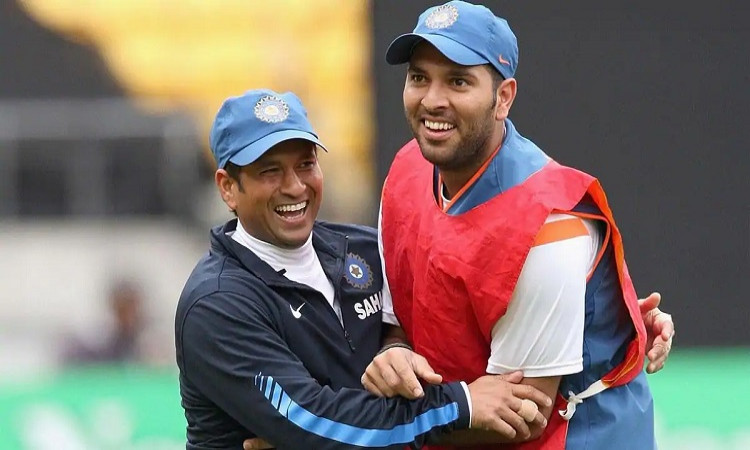 Tendulkar was the senior pro and already the world's best batsman when Yuvraj Singh made his debut for India in 2000.

"I was a backbencher in my class, I was a backbencher in the bus. The moment he came in, he came and shook hands with me, Zaheer Khan, Vijay Dahiya, the new guys. I remember when he turned back and went back to his seat, I rubbed my hand all over my body. I just didn't want to take a shower because I shook hands with Tendulkar," Yuvraj said in a video on Netflix titled 'Stories Behind the Story'.

"In 2000, I made my debut for India. I just went with the flow and after playing for Under-19, suddenly I was playing with my heroes. Tendulkar, Ganguly, Dravid, Anil Kumble, Srinath -- big players in the team and suddenly I was like 'where am I?'" he added.

The left-handed batsman who also bowled left-arm spin also termed Tendulkar as the Michael Jordan of Indian cricket and said that he has been a great role model.

"When things are not going well, you always look for advice, for a senior to guide you. I have seen his demeanour over the years and how he presented himself off the field, so I had a relationship where I could talk about life," he said.