I Promise To Bring More Laurels To The Nation: Rohit

AUG 22, NEW DELHI: Star batsman Rohit Sharma thanked his fans for the support he has received this year while expressing his happiness at being conferred with the Rajiv Gandhi Khel Ratna Award. 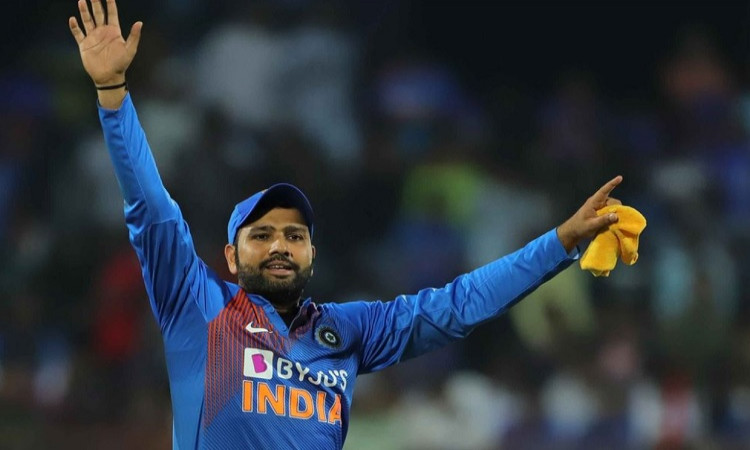 Rohit is one of five athletes to win the highest sporting honour in the country this year.

"Hey guys thank you very much for all your well wishes and support throughout the year," said Rohit in a video that he tweeted on Saturday.

"It has been a wonderful ride. To receive this honour is a great privilege and I am very happy about it. I owe this to you all, without your support this wouldn't have been possible. So keep supporting, I promise to bring many more laurels to the country. Since we are social distancing, a virtual hug from me to all you guys."

The Board of Control for Cricket in India (BCCI) earlier congratulated Rohit for winning the Khel Ratna. The Indian limited overs vice captain is the fourth cricketer who will be conferred the prestigious award after Sachin Tendulkar (1997-98), MS Dhoni (2007) and Virat Kohli (2018).

"Congratulations Rohit Sharma for being conferred with the Rajiv Gandhi Khel Ratna Award, 2020, India's highest sporting honour. He is only the fourth Indian cricketer to receive this award. We are proud of you, Hitman!" said BCCI in a tweet.

Rohit had an outstanding 2019 where he scored 1,490 runs in ODIs at an average of 57.30, and also finished as the highest run-getter in the 2019 World Cup with five centuries in the tournament. He was also promoted as an opener in Test cricket where he made 556 runs in five matches.