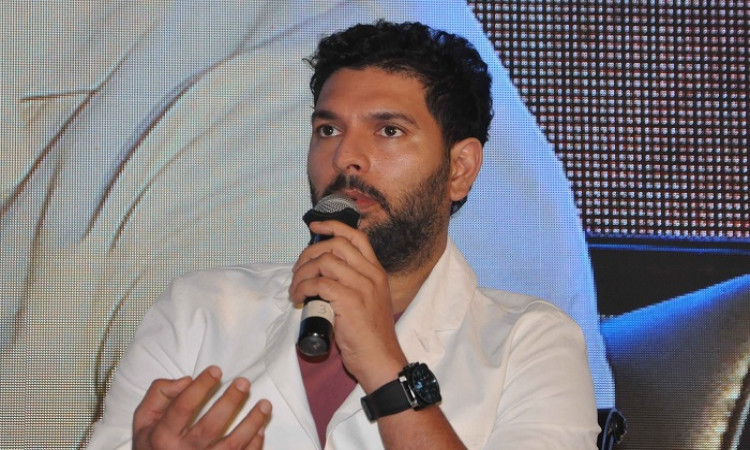 Mumbai, April 29: He also made a return from cancer before finally calling curtains on his illustrious career where he helped India win two World Cups.

So on Wednesday when the world came together to mourn the death of veteran Bollywood actor Irrfan Khan who died with a colon infection after opening up about his struggle with cancer in 2018, Yuvraj said he knew the journey and the pain all too well while paying homage to the critically acclaimed artist.

Also Read: You will be cherished: Sportspersons pay tribute to Irrfan Khan

"I know the journey I know the pain and I know he fought till the end some are lucky to survive some don't I'm sure you are in a better place now Irfan Khan my condolence to your family. May his soul rip," Yuvraj, who starred in India 2007 T20 and 2011 ODI World Cup wins, said in a tweet.

Irrfan, who had been admitted in Mumbai's Kokilaben Dhirubhai Ambani hospital with a colon infection, since Tuesday, passed away on Wednesday morning.

The actor has been ailing ever since he was diagnosed with neuroendocrine tumour a while back, and has been under medical attention for the same. He even went abroad for treatment.

Ever since the news of his untimely demise broke on social media, various people from all walks of life came together to pay homage to the late Irrfan.

Prime Minister Narendra Modi paid tributes and said: "Irrfan Khan's demise is a loss to the world of cinema and theatre. He will be remembered for his versatile performances across different mediums. My thoughts are with his family, friends and admirers. May his soul rest in peace."

"Sad to hear the news of Irrfan Khan passing away. He was one of my favorites & I've watched almost all his films, the last one being Angrezi Medium. Acting came so effortlessly to him, he was just terrific. May his soul Rest In Peace. Condolences to his loved ones," tweeted cricket legend Sachin Tendulkar.

Indian cricket captain Virat Kohli tweeted: "Saddened to hear about the passing of Irrfan Khan. What a phenomenal talent and dearly touched everyone's heart with his versatility. May god give peace to his soul"

"Khan sahab, you were brilliant at what you did and that will always live on. Thank you for bringing your art to us the way you did. Strength to those grieving," said Indian football captain Sunil Chhetri.

I know the journey I know the pain and I know he fought till the end some are lucky to survive some don’t I’m sure you are in a better place now Irfan Khan my condolence to your family. May his soul rip