I hope you will go for the ball: Virat Kohli teases Cheteshwar Pujara 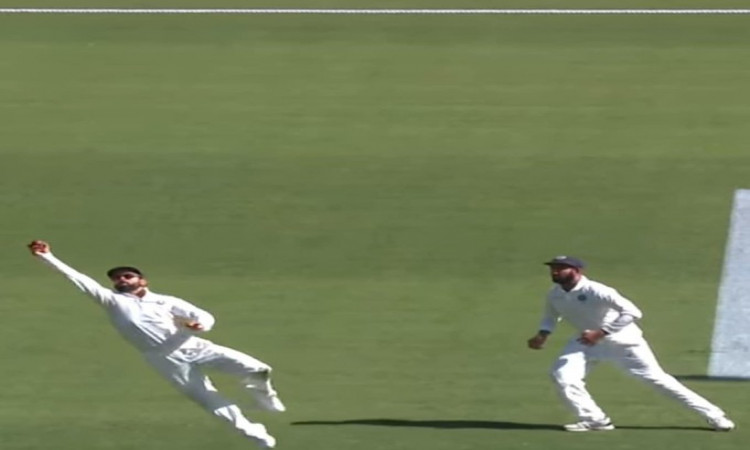 New Delhi, May 6: Virat Kohli, captain of the Indian cricket team, has teased his teammate Cheteshwar Pujara by sharing a throwback picture from the 2018-19 four-Test series in Australia which India won 2-1.

Kohli shared the image of the one-handed blinder he took at the second slip to dismiss Peter Handscomb on the first day of the second Test played in Perth. While Kohli is seen making a full stretch to catch the ball, Pujara looks at his captain leaping in the air.

Also Read: Dravid asking me to play for him was dream come true: Sanju Samson

In a tweet, the Indian captain, in a light-hearted manner, suggested he wants Pujara to be ready for the first practice session of the team once the ongoing lockdown -- in place to contain the spread of novel coronavirus -- is lifted.

"First session after lockdown be like. Cheteshwar Pujara I hope you will go for the ball pujji," Kohli tweeted on Tuesday.

Their teammate and pacer Mohammad Shami also joined the banter and commented, "No chance hahahahahaha."

The Indian cricket team, like other teams in the world, is enjoying the forced break due to the COVID-19 pandemic which has brought the entire sporting calendar to a grinding halt.

In normal circumstances, the Indian cricketers would have been in the thick of action in the 13th edition of the Indian Premier League which currently stands indefinitely suspended.