I Haven't Batted For A Long Time. Fourteen-Day Quarantine Doesn't Help: Dhoni On Staying At No.7

Chennai Super Kings captain Mahendra Singh Dhoni said on Tuesday that he decided to stay at number seven due to the long gap the 39-year-old wicketkeeper-batsman had before the ongoing season of the Indian Premier League (IPL), and also to give Sam Curran more chance higher up the order. CSK fell short by 16 runs while chasing Rajasthan Royals' total of 216 runs. 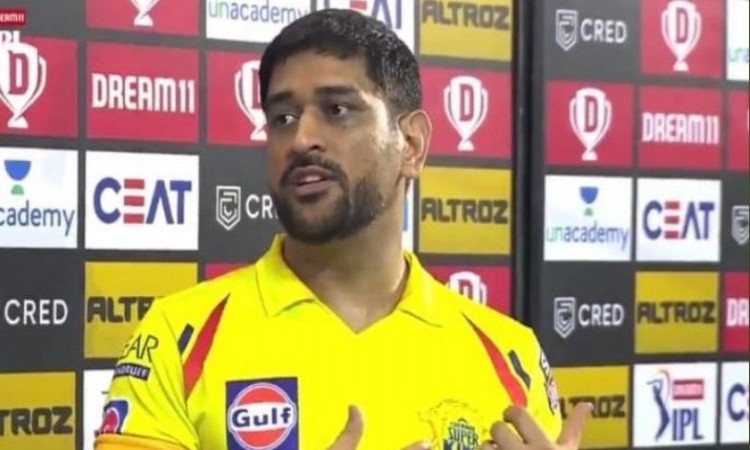 Dhoni hit three consecutive sixes in the last over but it was not enough as CSK fell 16 runs behind in a high scoring fixture at the Sharjah Cricket Stadium.

Dhoni said that CSK did not get a good start considering the size of the target. He also felt that his bowling unit could have done better to restrict the opposition.

"With 217 as the target, we needed a very good start which was not the case. Steve (Smith) and (Sanju) Samson batted very well. Need to give credit to their bowlers. Once you've seen the first innings, you know the length to bowl. Their spinners did well to bowl away from the batsman. Our spinners made the error of bowling too full. Had we restricted them to 200, it would've been a good game," he said.

Royals captain Steve Smith was all praise for Sanju Samson, who smashed 74 off just 32 balls. Jofra Archer later provided the apt finishing touch, smashing 27 off eight deliveries thanks to Lungi Ngidi bowling consecutive no balls in the final over.

"Sanju Samson played an unbelievable knock. Felt like everything he was hitting went for six. I was just giving Sanju the strike, wasn't I? He was middling everything. I hope this sets him up for a big IPL," said Smith.