I have high hopes from this Pakistan team, says Shahid Afridi 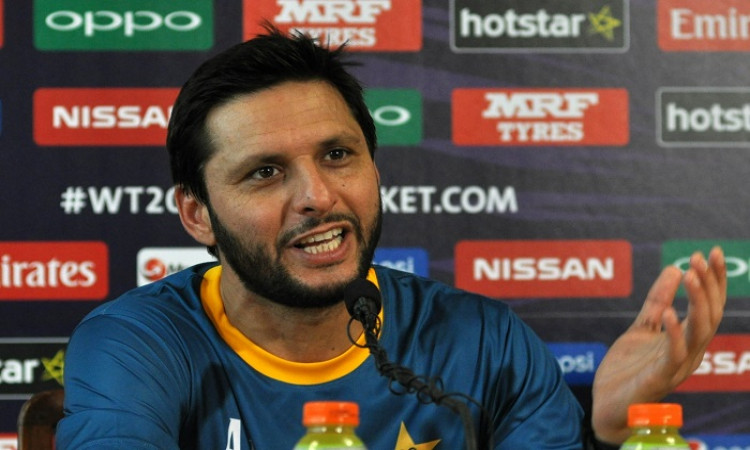 Karachi, Aug 3: Former Pakistan captain Shahid Afridi has said he has high hopes from this Pakistan team which will take on formidable England in three Test matches.

Pakistan will start their Test campaign on Wednesday at the Ageas Bowl in Southampton.

"English conditions are difficult when it comes to Test matches. I have high hopes from our team and I think even if they can draw the series, it would be equal to winning," Afridi told Cricket Pakistan.com.pk.

"I think the presence of this management is a big plus for our team and I am confident that these former stalwarts will be able to guide the players well session to session in the Tests," he added.

Afridi also said he expects Babar Azam to shine in the series.

"He is a wonderful talent and I don't think he has taken the pressure of being made captain. His game has improved and he loves challenges.

"He is going to be the backbone of the Pakistan batting and he is a very focussed player. In the coming days he should single handedly win matches for Pakistan," he said.

"I see a great future ahead of Naseem Shah, Shaheen Shah Afridi and we also have the experienced trio of Wahab Riaz, Muhammad Abbas, Muhammad Amir and Sohail Khan who can teach these youngsters a lot in England," he concluded.