I don't mind getting hurt, just don't want to get out: India skipper Virat Kohli 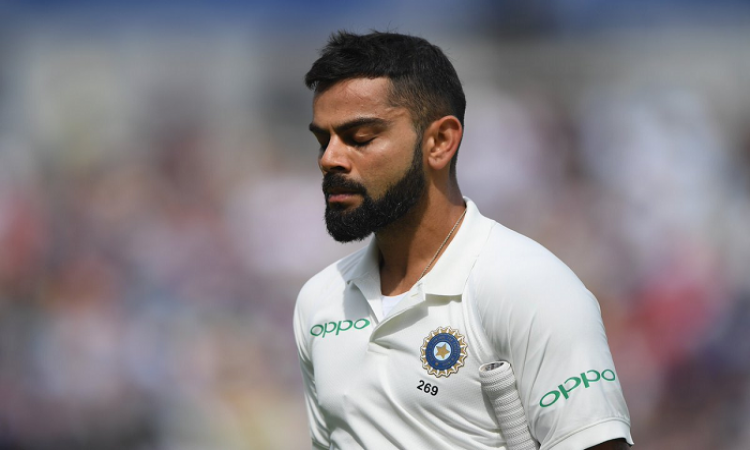 "In the 2014 England tour, it was basically about not adjusting to the conditions and doing things that I wanted to do and being rigid about it. Being rigid about anything doesn't get you anywhere. It was a long and painful realisation but I realised it," said Kohli while speaking with Mayank Agarwal on the series 'Open Nets with Mayank' hosted by bcci.tv.

"2014 tour is always going to be a milestone in my career. I really had to sit down and change things about how I approach the game before that tour, the way I played the game and start being more fearless.

"I realised that in Test cricket when it gets tough, to maintain your composure is the most difficult thing for a cricketer and that was something which I really needed to correct.

"If that tour hadn't happened, I would have continued the same way I was and wouldn't have improved. That tour made me think how I approach my international career and do I just want to be a pushover everytime I play Test cricket. That's a decision I had to make," he added.

Kohli revealed that after that England tour where India were defeated 1-3 in the five-Test series, Ravi Shastri offered him a piece of advice which worked wonders for him.

"Ravi bhai called me and Shikhar to his room after the Test series in 2014. His understanding was very sharp. He told me to stand outside the crease and explained the mindset behind it. He also asked me if I was afraid of the short ball. I said, 'I wasn't afraid of the short-pitched balls. I am not afraid to get hurt, I just don't want to get out'," he said.

"I started practising that in Australia in the same year and the results were unbelievable."

The 31-year-old also had a chat with legendary batsman Sachin Tendulkar after the England tour and had few sessions as well with him in Mumbai.

"After the England tour, I looked at my footage. I spoke to Sachin Tendulkar in Mumbai and had a few sessions with him. I told him that I am working on my hip position and he made me realise the importance of a big stride, the forward press against fast bowlers as well."

On his next tour of England in 2018, Kohli emerged as the leading run-scorer with 593 runs, including two hundreds and three half-centuries.

"I never really paid attention to the perception of the people about me after 2014. Obviously, it troubled me a little because all my credibility as a player went away in a month or so. But then I stopped focussing on what people had to say about me," Kohli said.

"I went into my zone and kept working on my game. The great thing about 2018 was I went as a captain and a player. I wanted to lead from the front and contribute to the team by scoring runs.

Despite a brilliant batting performance from Kohli, India went on to lose that series 1-4. However, the Indian captain believes the tour boosted the confidence of the team, which later on helped them win their maiden Test series in Australia.

"We weren't too heartbroken about the England series in 2018 to be honest because we really competed well. It was a tight and a confidence boosting series for us."

Talking about his X-factor as a captain, Kohli said: "I would not compromise on wanting a result in any situation. A draw comes to me, only and only if the situation has gone too bad or in the last hour when you don't have an option. I will not think of a draw from the first minute in the morning.

"Fearing a loss is the most negative thing you can think of as a sportsperson and it causes self harm. If you are surrendering before you can achieve a victory means you are causing harm to your own mindset. My only aim is to make people realise how good they can be," he signed off.