I create my own expectations:Sourav Ganguly 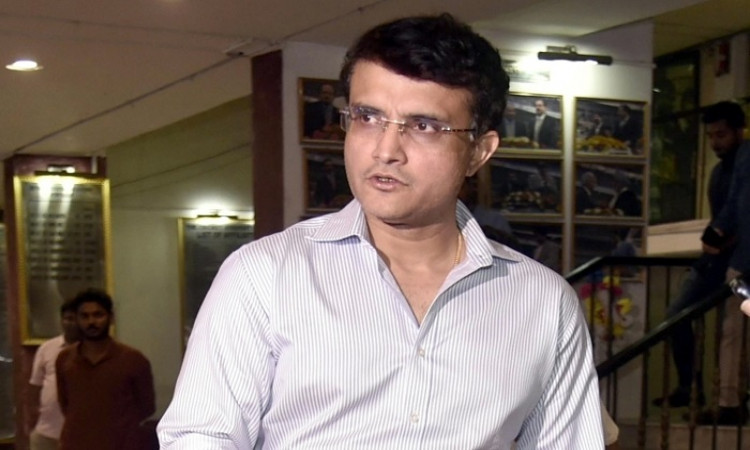 Kolkata, Nov 2: There is always a lot riding on Sourav Ganguly since the time he became captain of the Indian team, and the newly-elected Board of Control for Cricket in India (BCCI) President on Saturday said he is someone who creates his own expectations and is never governed by others.

As BCCI chief, Ganguly paved the way for India to play its first-ever Day Night Test at Eden Gardens against Bangladesh from November 22-26, in less than a week since taking over the hot seat.

At the launch of former international umpire Simon Taufel's book titled "Finding The Gaps", Ganguly said his biggest asset is his patience and those are things he picked up while playing.

"What helps me is I am a very patient person. These are characteristics which I have learnt in my playing career. I could adjust with everything and get the best out of it. One thing also I have learnt in life is to create my own expectations. My life is not ruled by somebody else's expectations," Ganguly said.

After his meeting with former teammate and current head of the National Cricket Academy (NCA) Rahul Dravid in Bengaluru recently, Ganguly shared a picture on social media where he is mobbed by fans at the airport.

"At the check in airport of Bangalore...love of people makes u feel so grateful," Ganguly shared a picture of him on Twitter standing at the check-in of the city airport and can be seen surrounded by people.

Asked how he keeps his cool despite being followed virtually everytime, everywhere, the 47-year-old said: "I just do as I am told. When they ask for selfies, I stand.

Taufel, sitting next to him, expressed grief at the loss of his mother just before coming to India for his book launch.

"Two days ago on Thursday, she succumbed to stage four bowel cancer. I was there when she passed away and I count myself fortunate," said Australian Taufel, widely regarded as one of cricket's best-ever umpires.

"I was conflicted to tell mum that I would still go to India and do this. But deep down, I knew she would say 'go and do what you need to do'. Every mother wants their children to be successful. I am incredibly sad that my mother passed away but I am proud that at 72 years my mother sacrificed a lot to be able to get until this point.

"I want to continue as much as I can and make my family proud," said the 48-year-old five-time ICC Umpire of the Year.

On the book, he said it deals with how an umpire is also human at the end of the day.

Lavishing praise on Taufel, Ganguly said he was exceptional in an era where umpires were judged on the number of mistakes they have made.

"I was captain during most of Simon's umpiring career and I remember some of the great matches. India beat England in Durban in 2003 World Cup. Yuvraj Singh hitting six sixes in the 2007 World T20 against England. I was lucky number of times I nicked and he was a dear friend (laughs).....Simon has had a fantastic career.

"In an era where umpire were judged by the number of mistakes they made, I must say Simon was exceptional. At the end of the day they are human. Every good thing comes to an end. it has happened to great players and to one of the best umpires of my generation," Ganguly said.

Taufel was the ICC Umpire Performance & Training Manager till 2015.