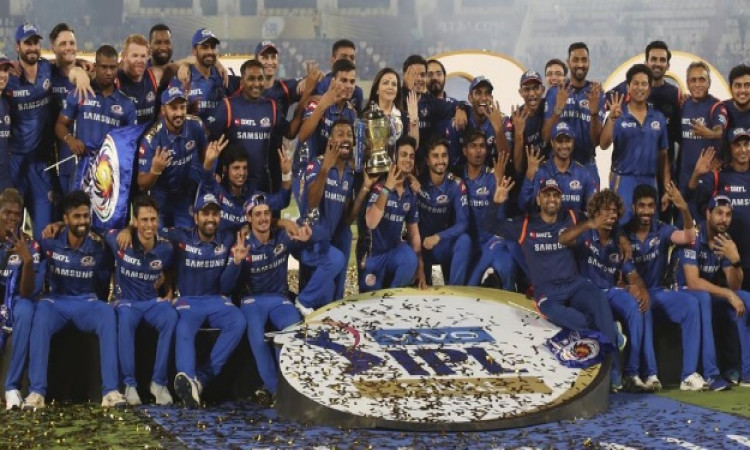 May 13(CRICKETNMORE) The old adage goes "winners don't do different things, they do things differently". Clearly, this was the mantra behind Mumbai Indians becoming the most successful team in the history of the Indian Premier League on Sunday night after they beat Chennai Super Kings at the Rajiv Gandhi International Stadium in Uppal to lift the trophy a record fourth time.

IANS has now learnt that the MI management had boosted the confidence of the players going into the clash against arch-rivals Chennai Super Kings by penning down motivational speeches and quotes inside the dressing room. Not just that, even friends and families of the players sent in messages to wish them luck and pep them up ahead of the big battle.

"There were 'I Believe' messages all over the dressing room. It was all about motivating the boys on the night of the final. Playing day in and day out in a format like the IPL can sometimes drain you mentally and that is when these messages and quotes pump you up. It was all about the adrenaline rush.

"Messages had also come in from family members and loved ones of the players in video format and they were shown that. These things help motivate you further and the result was there for all to see. It is all about bonding and camaraderie as that is what counts when you go out for a big battle," a source in the know of developments said.

Interestingly, injured paceman Alzarri Joseph flew in especially for the final because the team wanted the youngster to be a part of the moment and senior player Yuvraj Singh personally thanked him for joining the team even though he had just undergone surgery on his shoulder. "Yuvi paaji (brother) made it a point to walk up to Alzarri and thank him for travelling to Hyderabad. After all, this was also the ground where he announced his arrival with figures of 6/12 in his maiden IPL game," the source added.

But the best was saved for post victory by head coach Mahela Jayawardene. Speaking in the dressing room after the win, he asked the boys to not give the coaching staff a heart-attack by taking the match till the final ball. "We don't wish to die young. Please don't do this again as it gets difficult to take these close finishes. Better finish it nice and early next time," he joked.