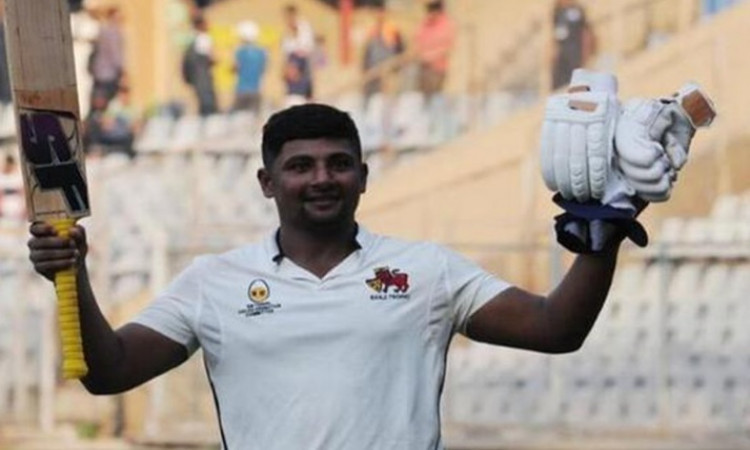 New Delhi, Feb 18:  Mumbai star Sarfaraz Khan took this season's Ranji Trophy by storm. But the 22-year-old is not willing to think too far ahead. Even though the 41-time champions failed to reach the quarterfinals, Sarfaraz made the most of the opportunities he got by slamming a triple century and an unbeaten double ton after warming the bench in the first three games.

In this process, the batsman amassed 605 runs across three innings between two dismissals and ended the season with a 177-run innings against Madhya Pradesh.

"I had practiced more and really hard. I worked hard and spent more time on the ground," Sarfaraz told IANS in an interview.

Sarfaraz has been around the fringes of domestic cricket for half a decade and was tipped as the next big thing. But that was not to be as he switched from Mumbai to Uttar Pradesh for "better opportunities", only to see his career stall as he was not considered the fittest around.

On his shift to UP, he added: "My dad said so I went. I thought I had to come back to Mumbai to make a career. The UP team was not playing me so I had no choice.

"I don't think of what happened in the past. I think of the present and what to do the next day. It's a proud feeling to play for Mumbai in Ranji Trophy," he said.

Asked about the Indian Premier League and future India call-up, Sarfaraz said he likes to dwell in the present and does not think too far ahead.

"Whenever I get a chance, I have to do well not only in the IPL. I am not thinking of a national call-up, I am thinking of today. Everyone wants to play for India but for that you need to work hard."

On Mumbai not doing well this season in Ranji Trophy, he said: "It happens in sports. We played well in the latter stages that is a positive side and team atmosphere was good."