I am back in picture for opening slot: Shikhar Dhawan 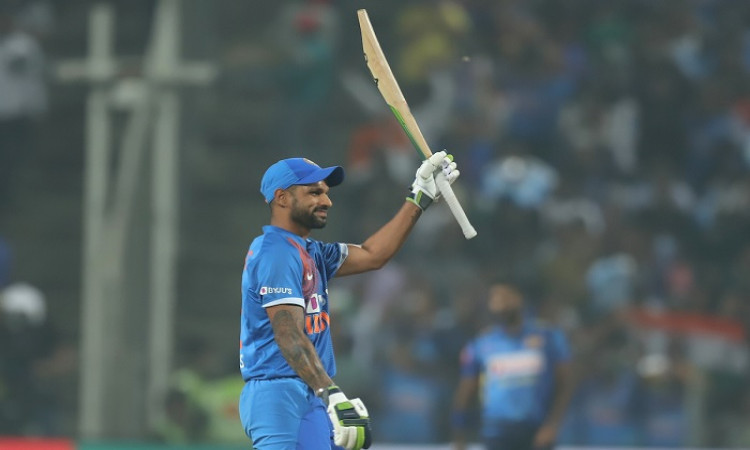 Pune, Jan 11:  Left-handed batsman Shikhar Dhawan, who was among runs during the T20I series against Sri Lanka, believes now that he has performed he is in the picture again for the opening slot as India prepare for World T20.

Dhawan scored a brisk 52 in India's series-clinching win over Sri Lanka in the third and final T20I at the MCA Stadium on Friday. He registered a 97-run opening stand with KL Rahul, who also notched up his ninth T20I fifty.

With Rohit Sharma having had an excellent 2019 -- 2,442 runs across formats -- there is a three-way tussle for India's white-ball opening slots. It gets particularly stiffer in T20Is, with Rahul averaging 44.17 in the format, as opposed to Dhawan's 28.35.

The 34-year-old, who was making a comeback after an injury layoff, scored 32 and 52 in the two games against Sri Lanka and is not fussed about the competition

"All three players are doing very well," Dhawan said after the third T20I. "Rohit, in particular, had an excellent 2019. Rahul has also done well in the last two months and he's a really good player. Even I am in the picture, now that I've done well (laughs). It's building up well.

"I don't think about the competition since it's not in my hands. I am happy with the fact that I could express myself in both opportunities I got. Now, it's the headache of the coaches and the captain. Why should I worry," he added.

Meanwhile, skipper Virat Kohli said he is happy that Dhawan is back in form but doesn't "endorse" the idea of pitting a senior player against a much younger Rahul as possible partner for Rohit in the upcoming ODI series against Australia.

"All three openers are pretty strong players, and it's great to have players playing well in the team. It gives you options. But I think people need to stop pitting players against each other," Kohli said.

"It's all about a team game. I don't endorse this idea of putting people in the team against each other," he added.

India will now face Australia in the three-match ODI series opener at Mumbai's Wankhede on January 14.