How's that not out: Shane Warne reacts to clip of bowling to Sachin Tendulkar 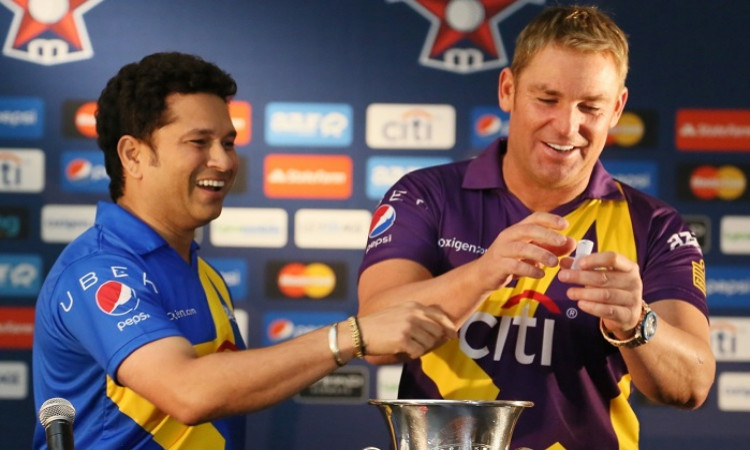 Melbourne, April 6:  With the world coming to a standstill due to the coronavirus outbreak, sportspersons as well as fans have taken to social media to relive old memories and one such video doing the rounds is from the first India-Australia Test in the 1998 series. The video sees Shane Warne hitting Sachin Tendulkars pad and appealing for a leg-before only for the umpire to turn it down. Tendulkar went on to smash an unbeaten 155 in that innings.

Replying to the video on Twitter, Warne wrote: "Seriously? Come on @robelinda2 !!!!!! How's that not out?"

Spin legend Warne has been naming his all-time greats for all countries over the past couple of weeks. On Saturday, he tweeted that he is taking his time to make an Australian ODI and rest of the world XI.

With cricket around the world coming to a halt due to the coronavirus pandemic, Warne like many other cricketers has been using social media to interact with fans. He had earlier made all-time XIs among players he has faced in his career for India, Pakistan, New Zealand, West Indies, Sri Lanka and South Africa.

Apart from him, former England captain Kevin Pietersen has been interviewing players live on Instagram. He has thus far interacted with Indian captain and vice-captain respectively Virat Kohli and Rohit Sharma and Pakistan batsman Ahmed Shehzad.

The coronavirus pandemic has brought cricket to a halt around the world. Among major international series that have been postponed are South Africa's ODI series in India, New Zealand ODI series in Australia, England's tour of Sri Lanka and the final leg of Bangladesh's tour of Pakistan.