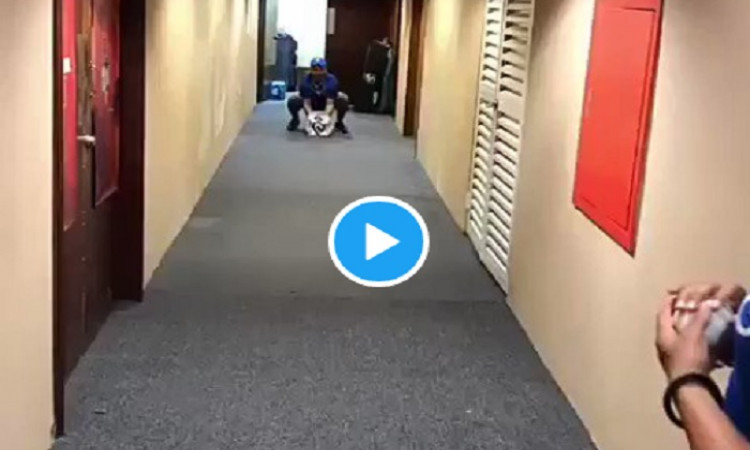 Port of Spain, Aug 11 After a washed out ODI in Guyana, both India and West Indies were looking to have a productive training session at the Queen's Park Oval, the venue of the second match of the three-game rubber to be played on Sunday.

However, rain gods had other plans on Saturday as they didn't allow the teams to get a glimpse of the conditions which would be on offer for the second ODI.

The Men in Blue were forced to train indoors with many even using the hotel corridor for practise.

Wicketkeeper-batsman Rishabh Pant posted a video on his Instagram account where he along with Kuldeep Yadav can be seen playing cricket in the hotel corridor ahead of second ODI.

Kuldeep is seen bowling his left-arm spin in the hotel corridor and Pant, with his gloves on, keeps the turning ball. Pant shared this video saying, "Where? When? What? Who? …No sorry …I only know the "Why".

Earlier, the Board of Control for Cricket in India also posted a photo of Rohit Sharma under an umbrella with a bat in his hand.

"Just been that kind of a day. The Hitman finding some space for fun as he rushed indoors for practice in Trinidad," read the caption of the photo.

Having already won the T20I series, India will look to continue their dominance in the remaining two ODIs against the Jason Holder-led side.