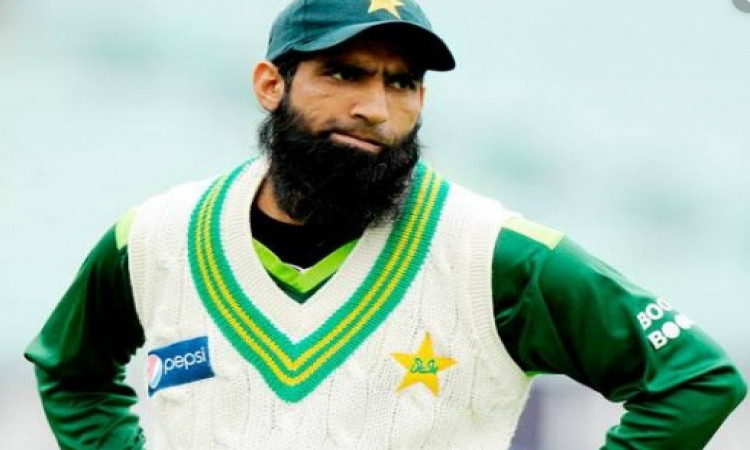 When the first ball will be bowled at Pindi Cricket Stadium on Wednesday, it will mark the return of Test cricket in Pakistan for over ten years. Sri Lanka were the last team to play Tests there, in 2009, when their tour was cut short by an attack on the team bus.

"It is indeed a great occasion, Pakistan is a sporting nation and we love cricket. Sri Lanka team coming to Pakistan for Test matches is a big achievement and fantastic news for cricket fans who can see their heroes play in front of them," PCB quoted Yousuf, who featured in seven home Tests against Sri Lanka, as saying.

"I have some wonderful memories of playing cricket in Pakistan, I really hope this series will turnout well and we will see some good quality Test cricket which will be enjoyed by all."

Pakistan recently had a poor outing on their tour to Australia where they failed to register a single win in three T20Is and two Tests they played.

"Countries and boards must always support each other. In the past we have stood firm with Sri Lanka in all our cricket commitments and I am happy they have reciprocated our support.

"Fans want to see Test cricket since it is the ultimate and most historic format of the game.

"I wish the very best to both teams and also wish the best to PCB and hope they make this a memorable event and occasion for all cricket fans," he added.

Shoaib Malik, who featured in the last completed Test in Pakistan in March 2009, said: "Test cricket coming back to Pakistan is quite an emotional moment for me. When I retired from red-ball cricket, I knew I was letting go, at a certain level, the essence of cricket.

"I knew Test cricket will return to Pakistan Inshallah but now that it's here, I'm feeling very emotional."

Like Afridi, he also thanked the Sri Lankan team and the Sri Lankan board for taking this step and playing an instrumental role in bringing international cricket back to Pakistan and its people. "We will never forget, may that time never come, but Inshallah you will find us hand in hand with Sri Lanka and their people in times of need."

Umar Gul, who played alongside Shoaib in the Test remembered for Younis Khan's triple-century in Karachi in 2009, said: "I am extremely excited to see Test cricket returning to Pakistan. I welcome the Sri Lankan team in Pakistan. I want to thank them for their help in the revival of Test cricket in our beloved country.

"It was always an honour for me to play international cricket in Pakistan and I can't wait to see this Test series. I request all cricket fans to support both teams since cricket will be the eventual winner."

Moin Khan, who captained Pakistan in the March 2000 Test against Sri Lanka in Karachi which Pakistan won by 222 runs, said: "This series will not only mark the return of Test cricket in the country, but will also initiate the process of Pakistan's ascendency in the pinnacle format of the game. You have to play regularly at your home grounds to become a force to be reckoned with which was something Pakistan missed for over 10 years.

Former captain Aamir Sohail said: "I am delighted and excited to see Test cricket back in Pakistan after almost a decade. Let cricket and Pakistani people be the winner."

Also Read: Wasn't doing justice to myself and the team: Hardik Pandya