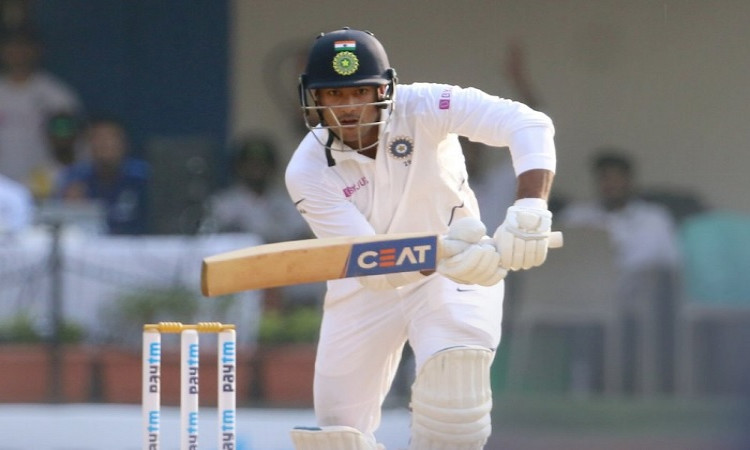 Mumbai, Nov 19: Batting great Sunil Gavaskar lavished praise on India opener Mayank Agarwal but added that his real test will be to keep up to his performance in his second year when there will opposition teams will have more information on him.

Agarwal scored his second double ton in the first test against Bangladesh, a career best 243 in India's only innings as they won by an innings and 130 runs. The Karnataka batsman reached a career-best position in the ICC Test Player Ranking as he reached 11th spot.

"He is enjoying Test cricket, this is his first year and hopefully he keeps scoring on the second year also because in the second season there is a lot more data available of you to the opposition but he has been batting beautifully," Gavaskar said on Nerolac Cricket Live exclusively on Star Sports.

"The way he balances himself without falling on the offside as he plays so straight and his movement of the front and back foot has been fantastic making him the man in form who is full of confidence," he added.

Shami has also been in scintillating form and returned bowling figures of three for 27 and four for 21 in the first test to also gain career-best Test ranking.

Speaking about the upcoming pink ball Test, he said on a special segment on Nerolac Cricket Live exclusively on Star Sports: "One thing bowlers should do is keep an eye on the wicket and how is it behaving, so what I do is as the pitch gets slower I keep pushing myself and when I notice that the batsman is uncomfortable I go over the top."

"If you see other oppositions, some teams have got quality fast bowling attacks, some have quality spinners but if you look at this Indian side, they've got two quality spinners, three quality seamers plus Jasprit Bumrah and Bhuvneshwar Kumar who are not in the playing 11."

India take on Bangladesh in the second Test at Eden Gardens in Kolkata from Friday.