Hope I can take James Anderson's place in Test team when he retires: Ollie Robinson 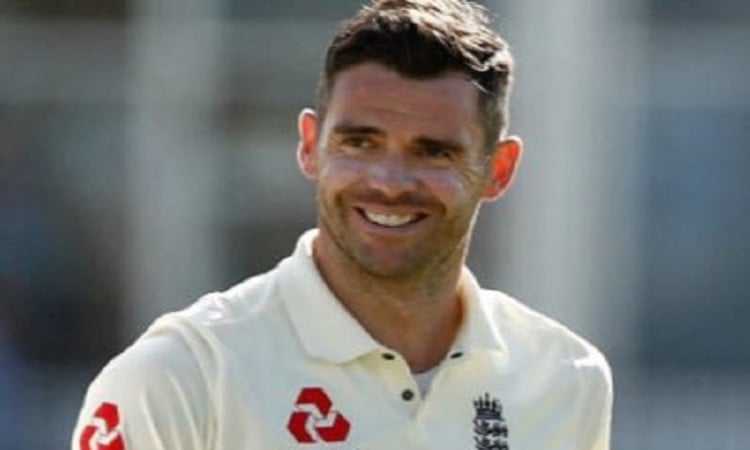 London, June 1: Rising England pacer Ollie Robinson has said he hopes to take over from "role model" James Anderson when the ace fast bowler calls it a day from Test cricket.

"Being with Jimmy in South Africa this winter showed me a new way forward, seeing someone at the top of their game and how hard they still work," Robinson told Sky Sports News.

Also Read: Racism is not only in football, it's in cricket too: Chris Gayle

"I think most English bowlers around the country look up to Jimmy -- he has taken that many wickets and played for that many years that it's hard to look past that.

"He's definitely someone I look at as a role model and hopefully in the future I can almost take his place and fill the void. That's definitely what I am aiming for," said the 26-year old Sussex paceman who has been named in England's 55-man back-to-training group for the summer.

"Ever since I started I have wanted to play Test cricket for England so the goal is red-ball cricket for me and my stats lean more that way as well.

"It's very pleasing to get the nod -- it's something I have been working hard for a few years. It's always nice to get the recognition especially after a good couple of years in county cricket," he said.

Robinson has returned to individual training at Hove after cricket was stopped due to the coronavirus pandemic.

"After having 10 weeks off as a bowler it is quite challenging getting the workload back in quickly. It will take time," added Robinson.

"I bowled 16 overs last week and my body felt quite good so hopefully it only takes a couple of weeks (to regain peak fitness) and then it's about maintaining that and hoping the body stays good for a long period of time.

"We had a chat on Zoom, about 60 of us, setting out each phase (of England's back-to-training programme).

"I think it was three weeks on your own and then, government-permitting, training in small groups, so the Sussex lads can join up with the Kent boys or the Surrey lads and do a bit of bat and ball.

"I think England are going to pick a smaller squad in five weeks and hopefully I will be involved in that."