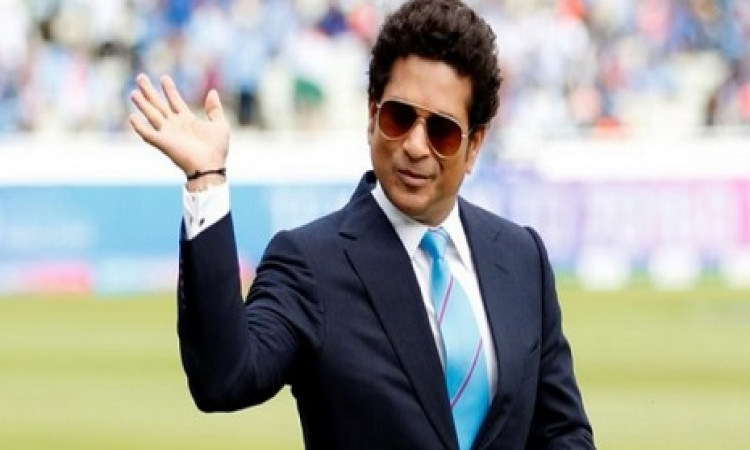 Mumbai, Jan 22. Batting legend Sachin Tendulkar on Wednesday hoped the charity match to be played for Australia's bushfire victims will "offer some relief to the people and wildlife in Australia", saying that he chose the right team and the right cause.

"Chose the right team and more importantly the right cause my friend. Hope that the Bushfire Cricket Bash will offer some relief to the people and wildlife in Australia,"

Tendulkar said in a tweet replying to former Aussie captain Ricky Ponting who had tagged him in a tweet saying: "How great is it to have @sachin_rt taking part in the Bushfire Cricket Bash and giving up his time to come out for the cause. Picked the right team to coach too!"

Tendulkar and West Indies fast-bowling great Courtney Walsh will coach the Ponting XI and Warne XI respectively in the Bushfire Cricket Bash set to be played on February 8.

The bushfire relief cricket match is one of three headline acts on cricket's day of giving 'The Big Appeal' with Tendulkar and Walsh joining former Australian captain Ricky Ponting and Shane Warne as leaders of the two sides.

The charity match will be the curtain raiser to the Big Bash final on February 8, with the venue yet to be determined. Both matches, as well as Australia's women's T20 match against India at Junction Oval are on the same day.

Former Australian cricketers confirmed to play include Ponting, Warne, Justin Langer, Adam Gilchrist, Brett Lee, Shane Watson, Alex Blackwell and Michael Clarke. Steve Waugh and Mel Jones will be involved in a non-playing capacity. The remaining players and further details about The Big Appeal will be announced in the next two weeks.

All match profits and funds raised on the day will go to the Australian Red Cross Disaster Relief and Recovery Fund.