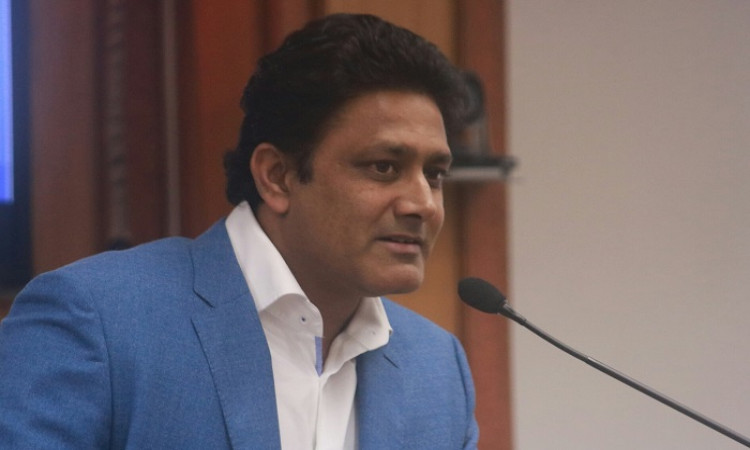 New Delhi, Jan 23: Former India captain Anil Kumble on Wednesday thanked Prime Minister Narendra Modi, who, during his annual 'Pariksha Pe Charcha' event on coping with exams, has cited the cricketer's example of playing with a broken jaw against the West Indies in a Test match in 2002.

"Honoured to have been mentioned in #ParikshaPeCharcha2020 Thankyou Hon. PM
@narendramodi ji. Best wishes to everyone writing their exams," Kumble said in a tweet.

Modi had reminded students of Kumble's heroics, as well as the famous VVS Laxman-Rahul Dravid partnership against Australia in 2001 at Kolkata that helped India record an epic win after being forced to follow on, to emphasise the importance of positive thinking.

"Our cricket team was facing setbacks. The mood was not very good. But in those moments can we ever forget what Rahul Dravid and VVS Laxman did? They turned the match around," the Prime Minister said.

"Similarly, who can forget Anil Kumble bowling with an injury. This is the power of motivation and positive thinking," ha added.

Kumble suffered a fractured jaw while batting in the Antigua Test in 2002 against the West Indies.

The legendary spinner was ruled out of the remainder of the tour as he had to undergo surgery, but showed grit of the highest order as he emerged out of the pavilion with a bandage around his face.

Kumble bowled 14 consecutive overs, and also claimed the wicket of Brian Lara for just 4. The match ended in a draw.