Shimron Hetmyer pulled Guyana Jaguars out of deep trouble and then went on to score his seventh limited-overs century as his team recorded a massive 95-run win over Windwards Volcanoes in the second CG Insurance Super50 Cup semi-final match. 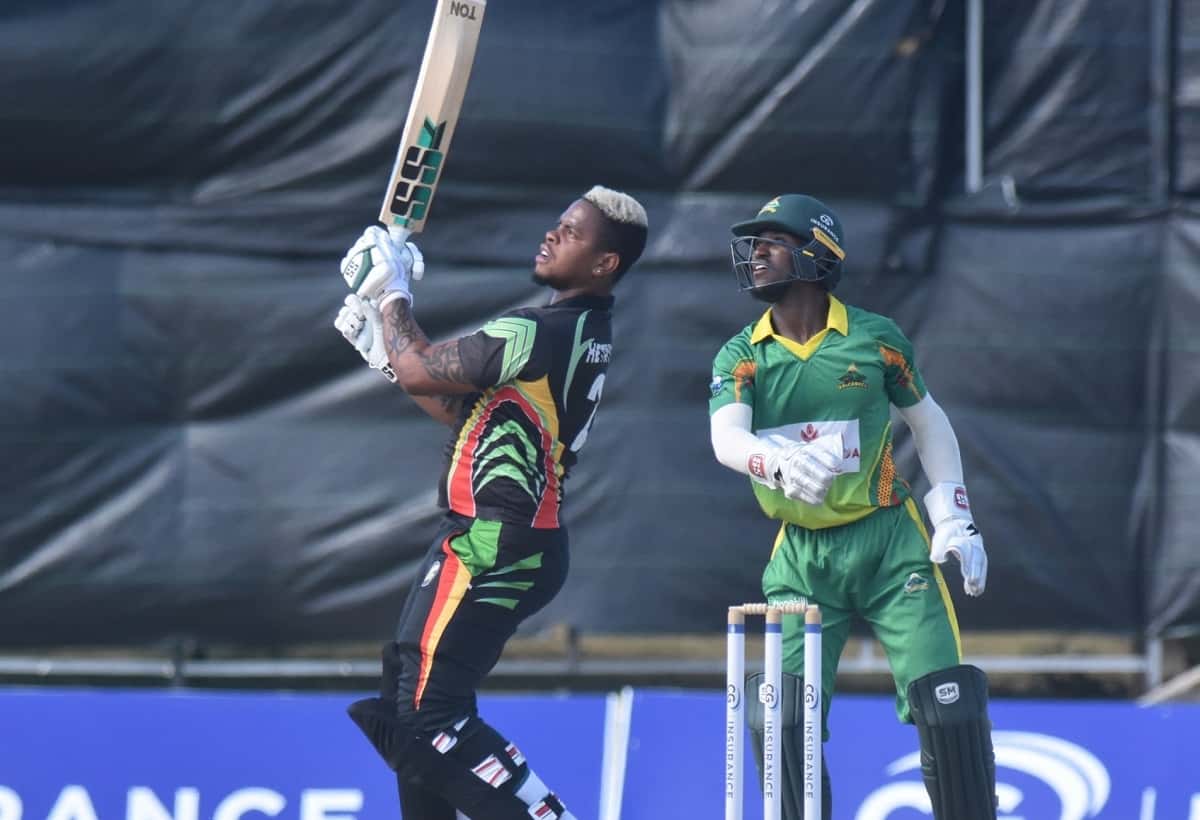 It was the fifth win of the tournament for the Jaguars who will now meet Trinidad and Tobago Red Force in the final on Saturday. The winners will be awarded the CG Insurance Sir Clive Lloyd Trophy.

Hetmyer featured in a record fifth-wicket stand with all-rounder Raymon Reifer, as Guyana recovered from 63 for four wickets in the 13th over to post 305 or five wickets off their 50 overs at Coolidge Cricket Ground on Thursday night. They added 194 to surpass the old record of 159 set by Jahmar Hamilton and Devon Thomas of Leewards two years ago.

Hetmyer seized the moment and took the game to the Windwards from the get-go as he feasted on anything loose. He made 113 off 80 balls -- 74 of those runs came in boundaries, 11 fours and five sixes -- to be named CG Insurance Man-of-the-Match. Reifer started cautiously and complemented Hetmyer's flamboyant, attacking style. He later blossomed and played some fantastic shots down the ground and square of the wicket to record his career-best 90 off 104 balls with eight fours and three sixes.