Aug 27 (CRICKETNMORE) Royal Challengers Bangalore's Director Cricket Operations Mike Hesson has made it clear that he has moved on from the being beaten by Ravi Shastri to the Team India head coach's job and is now looking forward to his role with RCB. 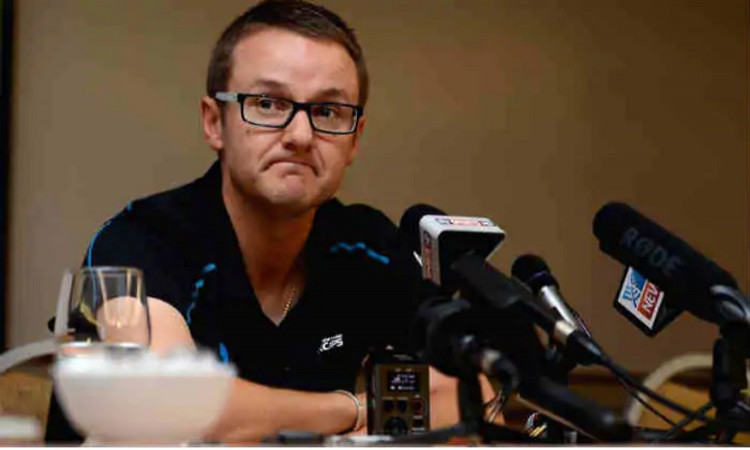 "I went through the process and I am happy with the process. I wish Ravi and the team the best of luck," said Hesson on the sidelines of the Redmi Karnataka Premier League, powered by Dream11. The Kiwi is in Mysuru on a commentary stint.

"As a coach, you're always going to be judged only as a coach. Within any coaching group, though, you need plenty of playing experience. That said, I think it's more about the combination of coaches. I am sure Team India has put together a good crew."

Commenting on his role with RCB, Hesson said: "The first month or two is just about getting to know the people, what works and what doesn't. It's one thing to get news from afar, another thing entirely to immerse yourself in the team. In that sense, we'll have a wait a while and see how things play out.

"Talent in India is never an issue. In all areas of the game, India has a huge talent pool. It's really about maximising talent, that's what our job is as coaches. That will be my role as director of operations. If we get the right people in place, things will naturally fall into place. It's about creating an environment where players can go and express themselves."

RCB have had a horrid run over the last three seasons, failing to qualify for the playoffs on all three occasions. Hesson hoped to turn things around with Simon Katich, the newly named RCB head coach, on his side.

"The key fact in any new place is to immerse yourself entirely in the experience, rather than trying to impose your views and the way you work. You need to be doing the adapting. It's not the other way around," he said.

When asked how much of a role he had in Katich's appointment, Hesson said: "He was on the radar for RCB for a while, and rightfully so because he's very talented. He was part of our discussions too. I feel like RCB have gotten the right man for the job. We hope to put our best foot forward."

Hesson also added that he is looking at the KPL as an opportunity to scout talent for RCB. "This is just a chance to look at some talent," said Hesson, who is scouting for the 2020 edition of the IPL. "Obviously, there is some talent in the catchment areas of Karnataka. I am just getting to know some personnel in the RCB. I am meeting the management later in the week. It's about gathering information. The more talent we spot the better."