He's Got Reach, A Great Eye, A Great Balance: Kohli On Padikkal 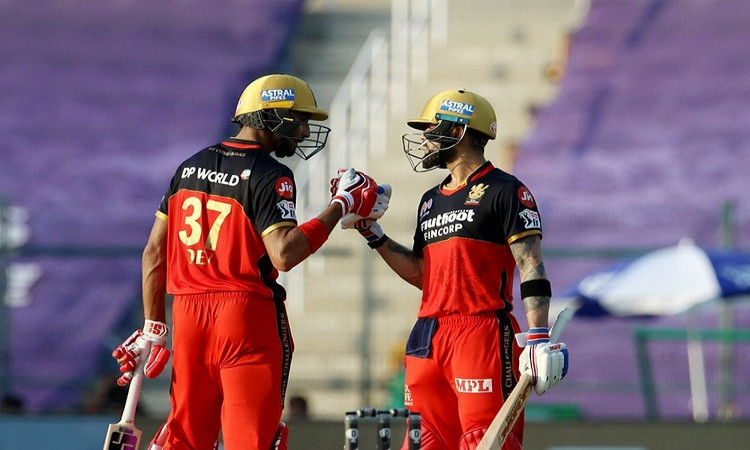 Kohli revealed this after 20-year-old Padikkal hammered a 45-ball 63 that helped RCB seal their third win in four IPL matches. It was Padikkal's third half-century in the four matches this season.

"I saw him play and told Simon that this guy has got some serious talent because he's got reach, a great eye, a great balance," said Kohli in the post-match presentation ceremony after RCB's eight-wicket win over Rajasthan Royals on Saturday.

"It's very difficult for the bowlers to continue bowling same lines and lengths against a lefty. The way he bats...very clean shots. You don't feel like he is taking risks," he said.

On Saturday, Padikkal shared a 99-run stand for the second wicket with Kohli to take the game away from Rajasthan Royals. "I just kept talking to him about building an innings," said Kohli.

"If he can bat longer for the team, it's going to benefit us. Today he carried from 40 to 65 odd which helped the team eventually. He's a smart guy, he understands the game well and he responds to the feedback very well. The more he keeps learning, the better it is for RCB."