He rose above & beyond call of duty: Laxman pays tribute to Anil Kumble 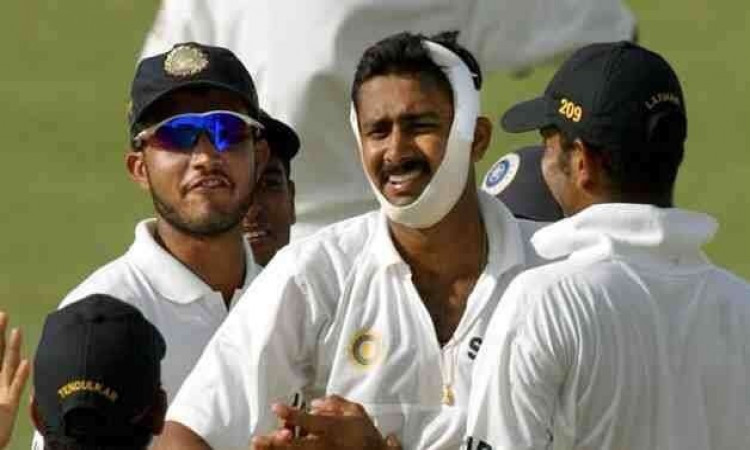 New Delhi, June 1: Former Indian batsman VVS Laxman has heaped praise on Anil Kumble, saying the legendary leg-spinner was a "giant in every sense who rose above and beyond the call of duty".

Laxman had on Sunday revealed tha over the next few days, he would be paying tribute to some of the cricketers he's played alongside with who've had an influence on him and his career.

Also Read: Jasprit Bumrah can do away with high-fives & hugs, but needs alternative for saliva ban

On Monday, Laxman paid tribute to Kumble by posting a picture of the 2002 Test match against the West Indies in which the leg-spinner played with a broken jaw in Antigua.

"A giant in every sense, he rose above and beyond the call of duty. The grit, drive and bravery displayed through this picture is quintessential Anil Kumble. Never giving up, no matter what, was a trait which made Anil the cricketer he became," tweeted Laxman.

In that 2002 Test, Kumble was struck by a vicious bouncer from Mervyn Dillon and suffered from a broken jaw. However, despite being in excruciating pain, Kumble ended up bowling 14 consecutive overs and finished with figures of 14-5-29-1.

The 'Jumbo' played 132 Tests and 271 ODIs for India in which he scalped 619 and 337 wickets respectively. The 49-year-old stands third in the list of leading wicket-takers in Test cricket, behind Muttiah Muralitharan (800) and Shane Warne (708).

He is currently serving as the chairman of the International Cricket Council (ICC) Cricket Committee.