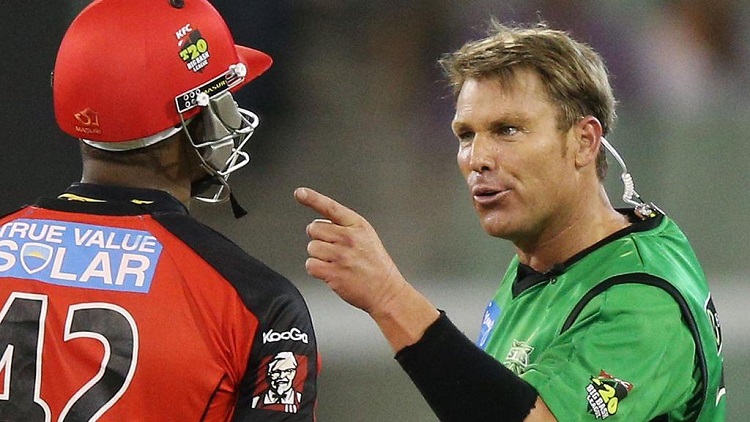 Samuels insulted Stokes' wife on his Instagram handle and said that he had a "superior skin tone".

"I've just been sent what Samuels has posted re @benstokes38 & I. It's a very sad situation as he obviously needs serious help - but has no friends at all & not even his ex teammates like him. Just because you were an ordinary cricketer - no need to be an ordinary person. Get help son," Warne said in a tweet.

Samuels's tirade came in response to Stokes saying that he wouldn't wish the experience of undergoing quarantine for Covid-19 even on his worst enemy before naming the West Indies batsman.

"I posted a few Instagram stories and some of the England boys were messaging me asking what it's like and I was saying it wasn't the most enjoyable thing you ever have to do, I wouldn't wish it on my worst enemy," said Stokes in a recent podcast with Test Match Special.

He was asked about undergoing quarantine while visiting his ailing father in New Zealand halfway through the Test series against Pakistan and later when he arrived in the United Arab Emirates (UAE) for the Indian Premier League (IPL).

"I texted my brother saying the same thing, and my brother asked: 'You wouldn't even do that to Marlon Samuels?' I said 'no, it's that bad' -- that's how tough it was," Stokes joked.