He Is Deemed To Play Long Innings: Tendulkar Predicted Gaikwad's Knock Before The Game

When Kolkata Knight Riders (KKR) brought in their most successful bowler this season, Varun Chakravarthy, he looked like he would cause havoc after he scalped opener Shane Watson, one of the most successful Chennai Super Kings (CSK) batsmen in the Indian Premier League(IPL). But young batsman Ruturaj Gaikwad at the other end showed the way to counter him. 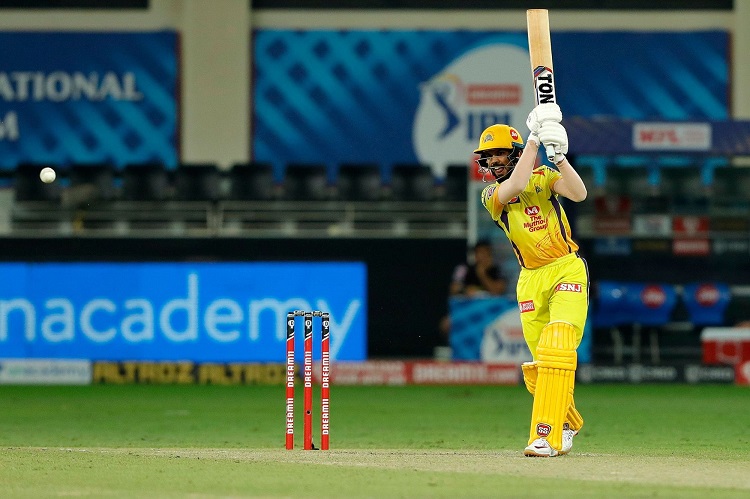 Watson, unable to guess the turn as has been the case with the KKR spinner, had gone for a big heave over mid-wicket only to hole out.

Fellow opener Gaikwad, meanwhile, offered a straight bat to the spinner and avoided playing across the line most times. He hit a six off Chakravarthy over long-off and then hit a boundary over cover.

Batting with a straight bat was Gaikwad's way to handle the guile of the KKR spinner, who on Thursday once again bowled Mahendra Singh Dhoni.

Throughout his innings, he played some great shots that went with the flow of the bat. Apart from the shots over cover and long-off, Gaikwad also swept and pulled well, especially against Lockie Ferguson. He made 72 off 53 deliveries following his unbeaten 65 off 51 deliveries in the last game against RCB.

Both these innings proved to be match-winning ones.

Ahead of this game, batting maestro Sachin Tendulkar, who holds the record for most runs in Tests and ODIs, had praised Gaikwad's technique and temperament. Tendulkar said that he was bound to play long innings.

"I have not seen much of him but of what I saw he has an excellent bat swing and great temperament. At no stage, he looked like he would slog. He played proper cricketing shots and improvised. When a batsman starts playing proper cricket shots, lofting the ball over cover or mid-wicket or straight down over bowler's head, he is deemed to play long innings," said Tendulkar in a youtube video posted before the game.

"I have a feeling that he'll open again and because of his technique and temperament, MS Dhoni will show confidence in him," added Tendulkar.