Half centuries from Glenn Maxwell and Mitchell Marsh followed by some brilliant bowling effort from Josh Hazlewood and Adam Zampa helped Australia beat England in the first ODI despite maiden century from Sam Billings. 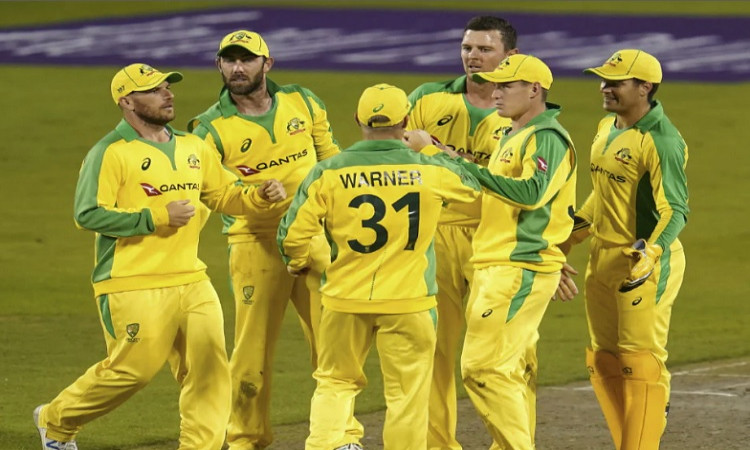 Put into bat, Australia found themselves reeling at 123/5 at one stage on Friday. However, Maxwell and Marsh took the responsibility on their shoulders and from there on, they took the team's score to 249/6. While Maxwell scored 77 off just 59 balls, Marsh contributed with valuable 73 runs and helped their team post a total of 294/9 in their allotted 50 overs.

Chasing what would have been a record chase at the Old Trafford in ODIs, England found themselves in trouble rather quickly as Hazlewood claimed the wickets of Jason Roy and Joe Root to reduce the host to 13/2 after 7.1 overs. Skipper Eoin Morgan and Jos Buttler also couldn't contribute much and the host were placed in a precarious situation at 57/4 after 16 overs.

However, Jonny Bairstow then combined with Billings and after a period in which both batsmen struggled to find their timing, the opener got going with a pair of sixes off Zampa. But it was also the leg-spinner who put an end to Bairstow's charge after 84 runs and 107 balls.

Billings then took the charge and kept England in the hunt even as wickets kept falling at the other end. He reached his maiden ODI century but was unable to keep up with the rate, and eventually fell for 118 on the final ball of the innings as Australia registered a 19-run win to take a 1-0 lead in the series.

The victory also helped Australia register their first points in the ICC World Cup Super League from their first match in the tournament, moving equal with Ireland on 10 points.

The two teams will now face each other in the second ODI on Sunday at the same venue.