Have to get used to the bounce at Gabba: Steve Smith 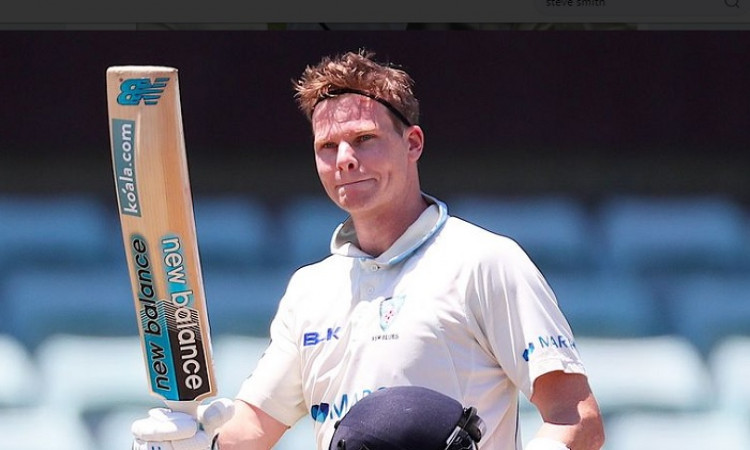 Brisbane, Nov 18: Australia's premier batsman Steve Smith on Monday said he is focussing on getting used to the bounce at the Gabba here ahead of their first Test against Pakistan from Thursday.

Pakistan have a highly rated battery of fast bowlers and Smith has found the going tough at the Gabba recently with a rare pair of 'failures' (0 and 21) in the Marsh Sheffield Shield season.

Smith's past two first-class innings have come on slow and low pitches in Sydney.

The first one against Tasmania at Drummoyne Oval last month, saw the best Test batsman in the world labour to 106 from 258 balls.

Smith was forced to work even harder for his 103 from 295 deliveries - the slowest century of his first-class career - against Western Australia at the Sydney Cricket Ground.

"I probably just have to try and get used to the bounce of the wicket again at the Gabba.

"It's probably a little bit different to the last two Shield games I've played at Drummoyne and SCG, where they've been pretty benign wickets.

"I don't think I had a slip in basically for the whole time I batted at Drummoyne and the SCG.

"I just found it hard scoring.

"There were a couple of times I hit and got it in the gap and thought 'that's runs", but it just died.

"So I couldn't get them away, but it's nice to spend some time in the middle all the same," he said.

Meanwhile, the world's top Test fast bowler Pat Cummins said Australian pacers won't use the bouncers too much and they will only be seen when it's a wicket taking delivery according to the team think-tank.

"We've got lots of guys coming off really good starts to the Shield season, guys that have played in the Ashes only six or seven weeks ago," Cummins was quoted as saying by www.cricket.com.au.

"And I think you saw in the T20s we didn't overdo it with the short stuff.

"You feel like you can be a little bit fuller (in Australia) and it's the bounce that affects them - still hitting the top of off (stump), but from the pretty full length.

"Like any other team, I'm sure we'll use some bouncers but … if we're using a bouncer it's because we think it's a wicket-taking ball.

"I don't think we'll overdo it.

"We might have our different plans to different batters but, like always, I try and use one bouncer an over, or once every couple of overs.

"It's going to be the full ball that gets the wickets," he added.