Have seen ABD score all around the park, all over IPL: Danny Morrison

New Delhi, April 21:  In his autobiography published in 2016, Royal Challengers Bangalores batting star AB de Villiers stated, "It wasnt going to be enough for me to be just another run-of-the-mill international batsman with an average in the mid-30s". ABD promised himself to become the best batsman in the world and he stayed true to it. 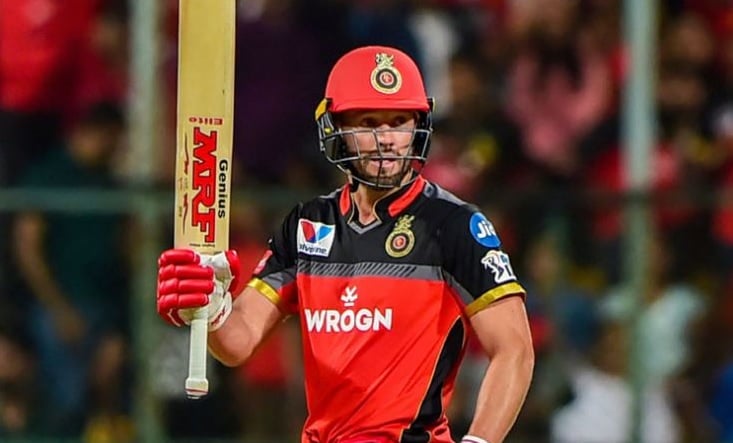 The South Africa superstar was declared the Greatest of All Time (GOAT) among batsmen in the history of the IPL by the jury of Star Sports on its flagship show Cricket Connected last week.

One of the most feared batsmen in the world and admired by fans worldwide, De Villiers, who has scored 4395 runs in the league at an average of nearly 40 and a strike rate of 151.23, has been an enigma with the willow in his hand.

Even at the M. Chinnaswamy Stadium, Mr. 360 or Superman as he's termed along with the several other sobriquets for his super-human batting traits, the venue would erupt with a huge roar as they awaited a blistering performance from RCB's most flamboyant player. ABD's ability to send the ball across all parts of the ground as he danced at the crease, coupled with his enviable skill of decimating any bowling attack, gave him the that edge over the rest in the list of nominees.

AB de Villiers broke all norms while batting and was a power packed finisher for RCB. His records in the IPL include five 100+ partnerships and two 200+ partnerships with captain Virat Kohli along with three centuries to his own name. His ability to switch from classical batting to breath-taking innovative strokes along with his consistent performance makes him the clear winner.

Speaking about ABD's brilliance, former New Zealand pacer and Star Sports expert Danny Morrison said: "Mr. 360. If I look at that list, I'm going to go with AB de Villiers. Mr. 360, because I have seen him score all around the park, all over the IPL."

AB de Villiers' international retirement came like a bolt from the blue in 2018, but he wants to put that behind and launch a serious comeback to the game. Expressing his desire to play again, AB De Villiers said on Star Sports' show Cricket Connected: "Who knows what's it's going to be like in 6 months. You've got to stick through this time. I really want to play in maybe 12 months' time, or a year or two. I don't know what's going to be happening with the schedule."