Left-handed batsman Devdutt Padikkal, who played an instrumental role in Royal Challengers Bangalore's (RCB) victory over Sunrisers Hyderabad (SRH) in their opening game of this year's edition of the Indian Premier League (IPL), has stated that he has learnt a lot from skipper Virat Kohli. 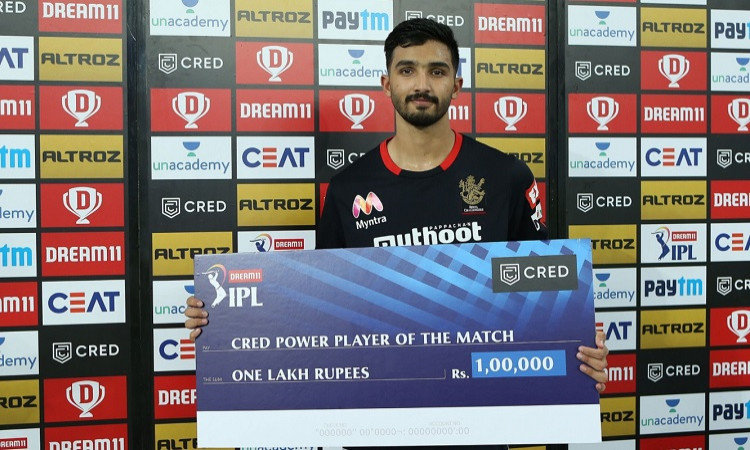 On Monday evening, RCB first posted 163/5 in their allotted 20 overs and then defended the total by inflicting a monstrous batting collapse for SRH at the Dubai International Cricket Stadium, bowling them out for 153 in the final over of the match.

Padikkal, who was making his IPL debut, played a 42-ball 56-run knock which was studded with eight boundaries.

"I was very nervous when I got the news that I would be making my debut for RCB. I was just walking in my room the day I got the news that I will be playing against Hyderabad. When I came to bat, I got settled then, when I played my first two balls, I really felt good," Padikkal told leg-spinner Yuzvendra Chahal in a video posted on the official IPL website.

"For the past month we have been training here, Virat Bhaiya has talked to me and I have learnt a lot from him. Whenever I am with him, I keep asking questions from him," he added.

The 20-year-old batsman, who shared a 90-run opening stand with Aaron Finch, further said that Australia's limited-overs skipper showed confidence on him which in turn helped him to bat freely.

"Playing today with Finch felt amazing. He understood that I was scoring quickly, so he gave me the strike and showed confidence in me."

RCB will next play Kings XI Punjab at the same venue on Thursday.