Have a clear plan on how to approach ODI cricket: Kieron Pollard 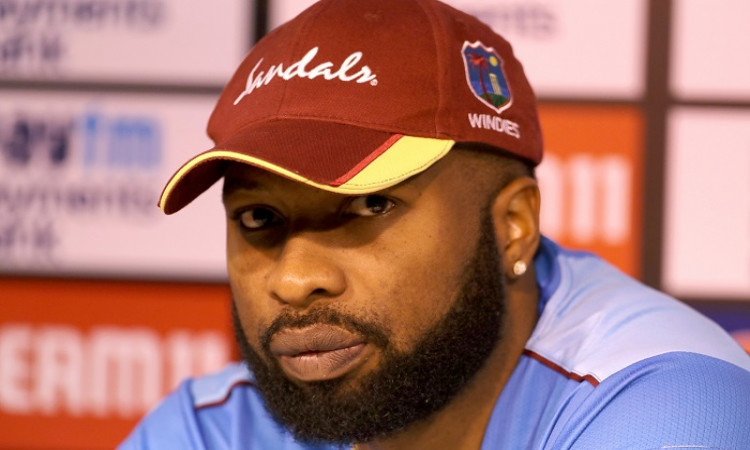 Chennai, Dec 14: West Indies captain Kieron Pollard said that the team has a clear plan about how to approach ODI cricket ahead of their three-match series against India. The first ODI will be played on Sunday at the MA Chidambaram stadium in Chennai.

"We are on a mission and have a clear plan of how to approach 50-over cricket. There is a process and it is something we are actually going through. The results might not show straightaway. We had a good series against Afghanistan. Now, we are coming up against a better side in India," Pollard told reporters on Saturday.

"It's a matter of what we need to do going forward. There are things internally which we are working on. Success will not come overnight. Winning is always good. Sometimes, you play well but the result would not go your way. The Afghanistan series was good and we want to continue in that track. That is the ultimate goal."

West Indies have often hurt from going for big shots in the middle overs and being dismissed quickly. Pollard said that they have a plan on how to approach the situation.

"We have discussed how we want to go about playing middle overs, be it batting or bowling and how we want to play this format. Obviously, we can't reveal what our plans are going to be. The guys are aware of their roles and responsibilities, now it's about executing them," the captain said.

Pollard said that the return of all-rounder Roston Chase to the squad brings a "good balance to the team."

"He is a great asset, he is someone who bats in the middle order in Tests and has centuries too. He can bowl as well. With him in the side, it gives us an opportunity to field another specialist player," said Pollard.

"He has been very valuable for us. He is sort of a left-field selection, but I think that has worked for us. He will play a key part going forward," he added.

The West Indies team have talented young players in Evin Lewis, Shimron Hetmyer and Nicholas Pooran who have struggled with consistency in their fledgling careers.

"It is about preparation," said Pollard. "You will have to realise the potential you have. The guys who are successful eat and sleep cricket. People who want to be great in the future will have to emulate them. For the younger guys in the team, it's about changing your training habits and looking at what you want to achieve.

"I am not saying our guys have not done that. Sometimes, the results just don't reflect. This is something we have spoken about and we are really excited with the bunch of players we have now. These are players who are putting in the hard work behind the scenes. The results will show, but we must have patience. They are actually doing what is required to succeed at this level."

Pollard also said that he is happy as a captain to know that former ODI captain Dwayne Bravo has made himself available for selection for future international T20 matches.