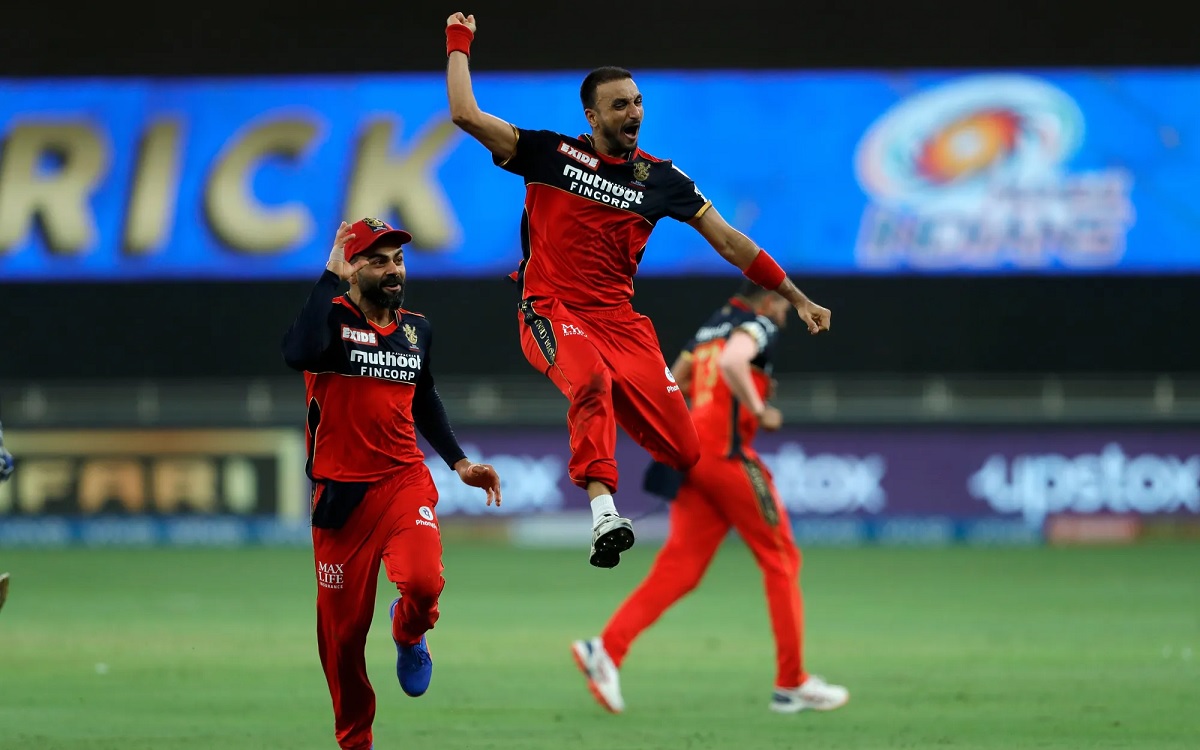 Chasing a tricky target of 166, Rohit Sharma and Quinton de Kock - gave a terrific start as MI scored 56 inside the powerplay without losing a wicket.

However, de Kock got out just after powerplay that opened the gates for RCB bowlers to jump in. Ishan Kishan and Rohit added 22 from 20 balls for the second wicket, and it looked like the two will see Mumbai home. Kishan tried to be aggressive and even hit Rohit at the non-strikers' end.

After that, everything changed for Mumbai. Rohit, on the very next ball, tried to hit Glenn Maxwell for a six but got caught at the boundary.

After Rohit's wicket, Mumbai collapsed. Apart from Rohit and de Kock, none of the batters even got to double digits.

In between, Harshal Patel got his hattrick as well. In the 17th over, Patel dismissed Hardik Pandya, Kieron Pollard, and Rahul Chahar to complete his hattrick and close the game for Mumbai. Harshal finished with the figures of 4/17.

RCB bowlers were spot on with their execution in the middle overs. Yuzvendra Chahal created doubts with his variations & speeds and ended up taking three wickets while Maxwell got two crucial wickets as well.

Kohli hit three fours and three sixes as he notched up his second successive fifty but soon got out. However, till then Maxwell was in his element where he was reverse sweeping on every opportunity he got. The Australian scored 56 from 37 balls with the help of six fours and three sixes.

Although, RCB couldn't finish the way they would have liked as Jasprit Bumrah removed both Maxwell and AB de Villiers in the 19th over. Bangalore only got nine runs in the last two overs.