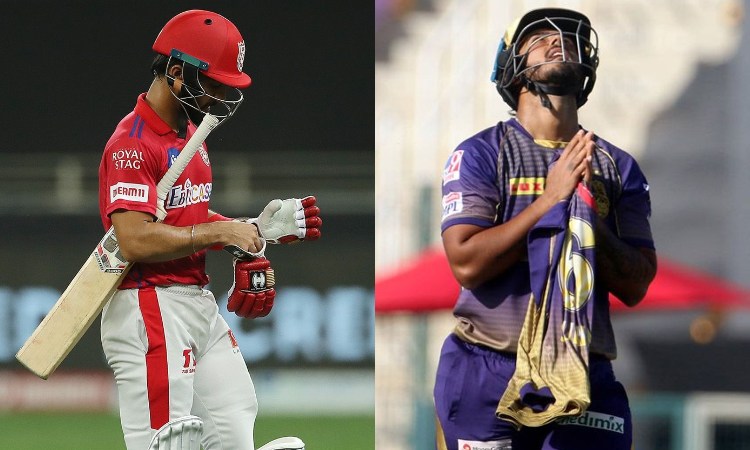 "Loss of a loved one hurts, but what's more heartbreaking is when one doesn't get to say a final goodbye. Praying for Mandeep Singh, Nitish Rana and their families to heal from this tragedy. Hats off for turning up today. Well played," Tendulkar tweeted.

Loss of a loved one hurts, but what’s more heartbreaking is when one doesn’t get to say a final goodbye. Praying for @mandeeps12, @NitishRana_27 and their families to heal from this tragedy. Hats off for turning up today. Well played.

In the first match on Saturday, left-handed batsman Nitish played a superb knock of 81 runs in Abu Dhabi. His 53-ball inning, which was studded with 13 fours and a six, helped KKR set a 195-run target for DC which the Eoin Morgan-led side defended comfortably to register their sixth win of the tournament.

After reaching the 50-run mark, 26-year-old Nitish held up a KKR jersey with the name 'Surinder' and the number 63 emblazoned on its back. "A heart-warming tribute from Nitish Rana to his father-in-law, who passed away yesterday. Surinder Marwah. Rest in peace sir," said KKR in a tweet.

For Kings XI in Dubai, Mandeep contributed with 17 towards his side's first-inning total of 126/7, which they managed to defend against SRH to register their fifth win of IPL 2020.