Hasan Ali trolled for walking the ramp with 'rib fractures' 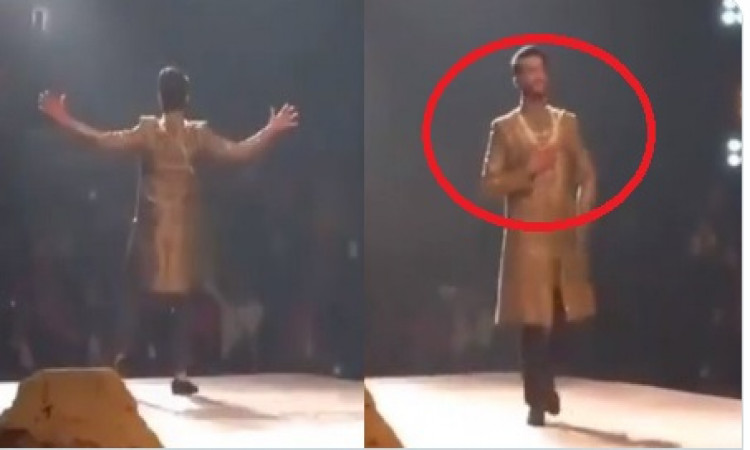 New Delhi, Dec 10  Pakistan pacer Hasan Ali, who has been ruled out of two home Tests against Sri Lanka with an injury, is being trolled on social media for walking the ramp.

In a video making rounds on Twitter, Ali, dressed in gold-coloured Sherwani, can be seen walking the ramp and even coming up with his trademark 'bomb explosion' celebration at the end of it. The Pakistan pacer showed no signs of discomfort even as he pulled off the celebration that led to an injury in the past.

Ali will not be participating in the historic two-Test series starting Wednesday with rib fractures. Last month, the Pakistan Cricket Board confirmed that Ali underwent precautionary scans in Karachi that revealed cortical rib fractures, involving ninth rib on the right side and eighth and ninth ribs on the left side. "The fractures will require up to six weeks to heal," stated the PCB in a media release.

A section of Pakistan fans criticised Ali for walking the ramp after missing the important Test series for his team.

"I don't know why he has such attitude, he has done nothing besides a CT17 performance (sic)," a fan said on Twitter.

"How can he do that with a fractured rib," another fan wondered.

"Fractured of ribs, definitely... Looks like the whole PCB is fractured," said another user on the micro-blogging website.

Ali had also missed the three-match T20I series against Australia due to a back problem.

The first match of the two-Test series between Pakistan and Sri Lanka will be played at the Rawalpindi Cricket Stadium while the second Test will be held at the National Stadium in Karachi from December 19.

The Test series will mark the return of Test cricket to Pakistan after 10 years. Sri Lanka were the last team to play Tests there, in 2009, when their tour was cut short by an attack on the team bus