Captain Harmanpreet Kaur has expressed happiness at the strides Indian women's team is making in fielding after teammate Harleen Deol's effort on the boundary to dismiss England wicketkeeper Amy Jones in the first T20I on Friday turned into a rage on social media. 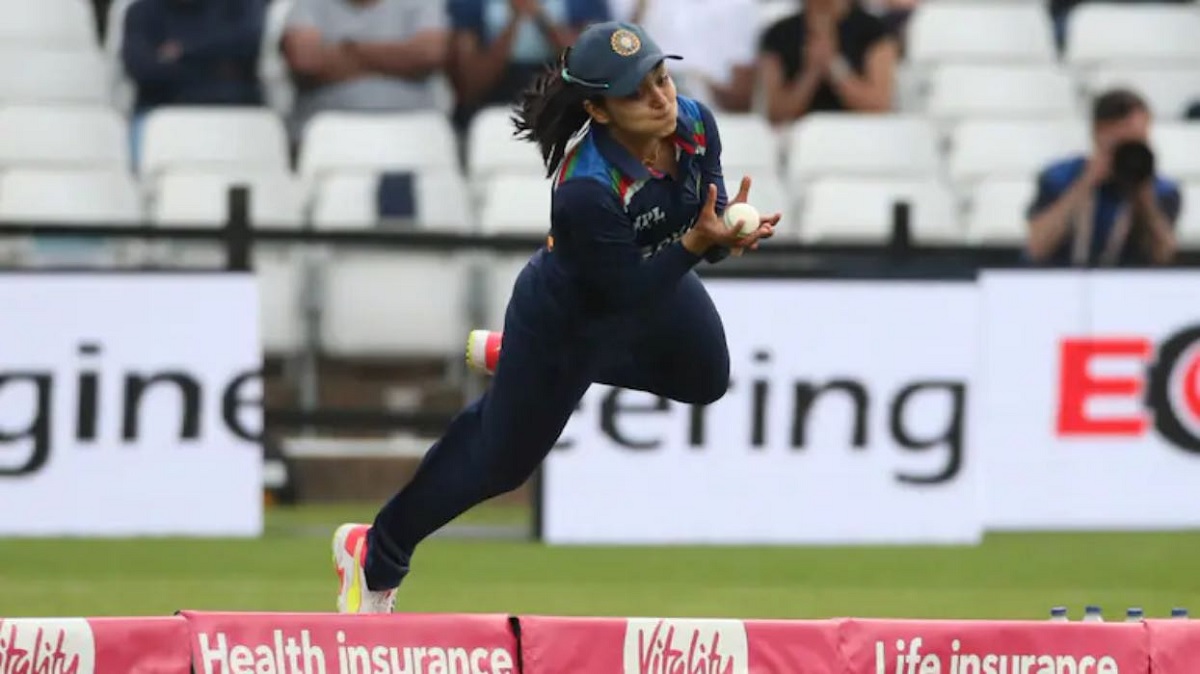 "We are working a lot in fielding department. I am happy with the way we fielded yesterday. That is a great positive I saw in that game. I think it was a great effort by her (Harleen). I think credit goes to our support staff and all our team members who are training, putting efforts during fielding sessions," said Harmanpreet ahead of the second T20 International on Sunday.

The 32-year-old, who is struggling for runs on the ongoing tour of England, herself took a brilliant catch to send back England batswoman Natalie Sciver who was looking ominous for India with a quickfire half-century.

Earlier, in the third ODI, Smriti Mandhana had pulled off a stunner at deep mid-wicket boundary.

She said such catches help in boosting the morale of the team.

"It helps a lot. Whenever you play a team game, you need momentum and that can come from any player. When I took that catch, it created energy in the team. Harleen also took a brilliant catch. I think that energy creates, you have to put extra effort. Our ground fielding was good. We took great catches too. It is a great sign, that improvement in fielding is being seen," said Harmanpreet.

"Abhay sir has worked with us a lot and the little awareness points that he gives make you a great player. Those are the things I have seen in our fielding side. We were putting in a lot of effort. The little adjustments we have made in our fielding, through individual fielding sessions with him [have helped]. He has judged every player well, like where he can be placed and field better. The results reflect our effort."