Hard for Broad & Anderson to play together in Australia, feels Peter Siddle

Melbourne, July 30:  Former Australia speedster Peter Siddle feels England will find it difficult to play both veteran fast bowlers Stuart Broad and James Anderson when they travel Down Under next year for the Ashes series. 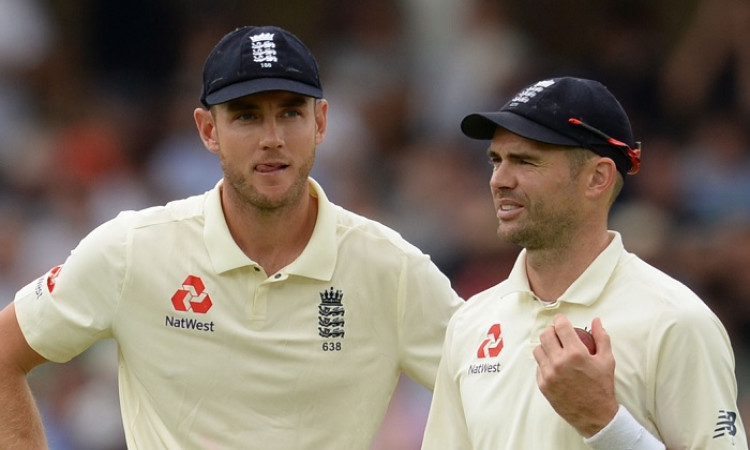 In the recently-concluded #raisethebat series against West Indies, England opted for Anderson in the first Test while Broad got the nod in the second. The duo then returned to the playing XI for the final Test as England clinched the series 2-1 after losing the first match.

England have been spoilt for riches in the fast bowling department and rotating their two premier pacers could help in prolonging their careers. Few former cricketers, however, have said that having both of them in the line-up make England a different prospect to deal with.

Siddle, however, is of a different opinion as far as next year's Ashes is concerned and he explained why Broad should be given the nod ahead of Anderson in the challenging conditions of Australia.

"I think it's going to be hard for them to both play in the same side in Australia," Siddle was quoted as saying by cricket.com.au.

"Depending on conditions, I think Broady's probably got the upper hand -- not because of age, that's got nothing to do with it -- but with his skillset, seaming the ball off the deck rather than swinging it through the air.

"There doesn't tend to be a lot of swing in the air in Australia and I think Jimmy has struggled with that over the years when he's toured here. He has had success at different times, but it tended to be because the overhead conditions suited him, and he was able to get the ball swinging.

"But if there's not as much swing, it'll be harder to play them both," Siddle, who featured in six Ashes series during the course of his career, said.

The two fast bowlers will next be seen in action in England's upcoming series against Pakistan. The two teams will play three Test and as many T20Is starting August 5.

Ind vs Aus: Will Be Taking The Short-Ball Barrage As…