Harbhajan, Yuvraj Humbled To Have Stands On Their Names At PCA Stadium In Mohali

Both great Indian players Harbhajan and Yuvraj met the Indian cricketers on the field and spent some moments with them during India and Australia first T20I. 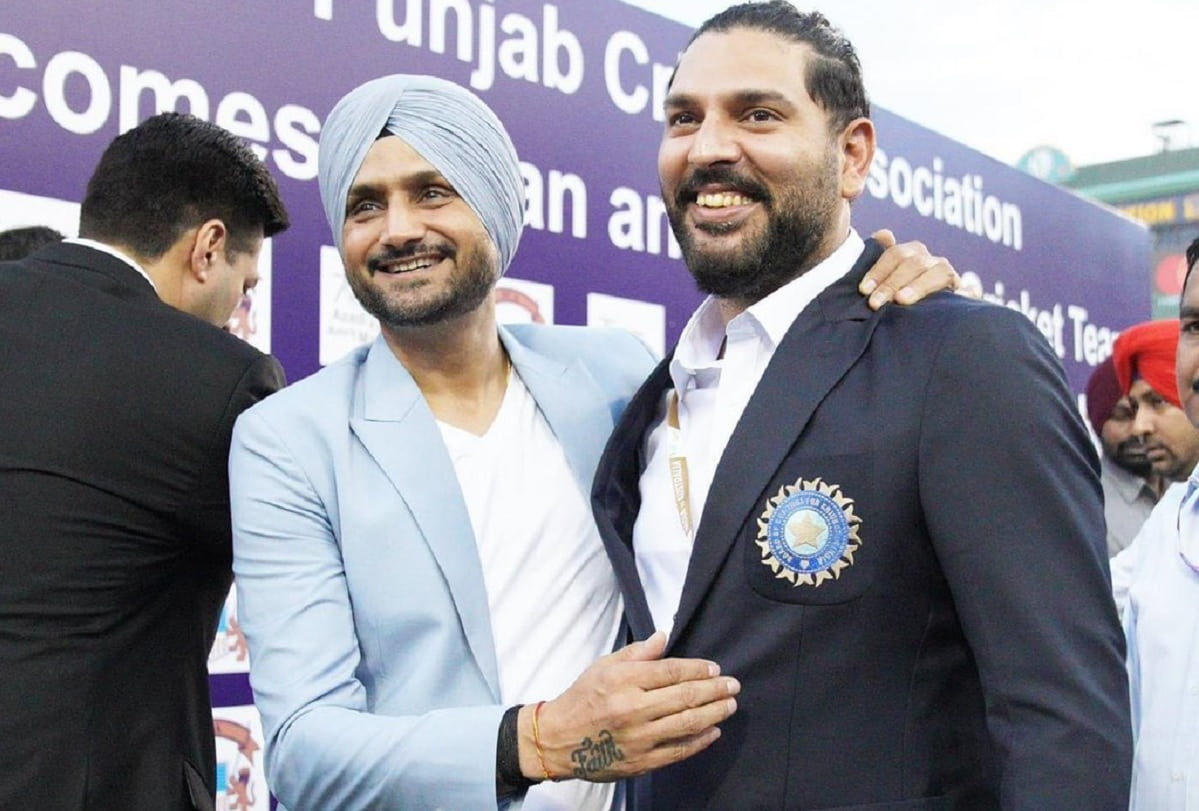 Expressing delight on having stands named after them in the Mohali Cricket Stadium, former India cricketers Harbhajan Singh and Yuvraj Singh said that they are humbled by the gesture of Punjab Cricket Association (PCA) and will continue to promote sports.

Ahead of the first T20I between India and Australia in Mohali, PCA unveiled stands named after two of India's greatest cricketers at the IS Bindra International Stadium in the presence of Punjab Chief Minister Bhagwant Mann and Member of Parliament Raghav Chadha and others.

The veteran spinner, who played a crucial role in India winning multiple matches in the 2011 World Cup and the 2007 T20 World Cup, has had the popular terrace block of the stadium dedicated in his honour.

"Extremely humbled by the honour conferred by @pcacricket to name a Stand in Mohali Cricket Stadium in recognition of my contributions to Cricket. I am thankful to Punjab CM Shri @BhagwantMann Ji, @raghav_chadha & @pcacricket for this gesture. Will continue to promote the sport," Harbhajan, who claimed a total of 711 wickets in all three formats, said in a tweet on Wednesday.

On the other hand, legendary all-rounder Yuvraj, who made a major contribution in India's win in the 2011 World Cup, had his name etched in the North Pavilion.

"Great day at @pcacricket, meeting the hon. Punjab CM @BhagwantMann ji & the boys in blue! Humbled to have a stand named after me at my home ground ???? congrats to my brother @harbhajan3 for receiving this honour too ???? @ImRo45 @imVkohli @hardikpandya7 @gulzarchahal @BCCI," tweeted Yuvraj.

Both Harbhajan and Yuvraj also met the Indian cricketers on the field and spent some moments with them.