Harbhajan & Gilchrist engage in war of words over 2001 hat-trick 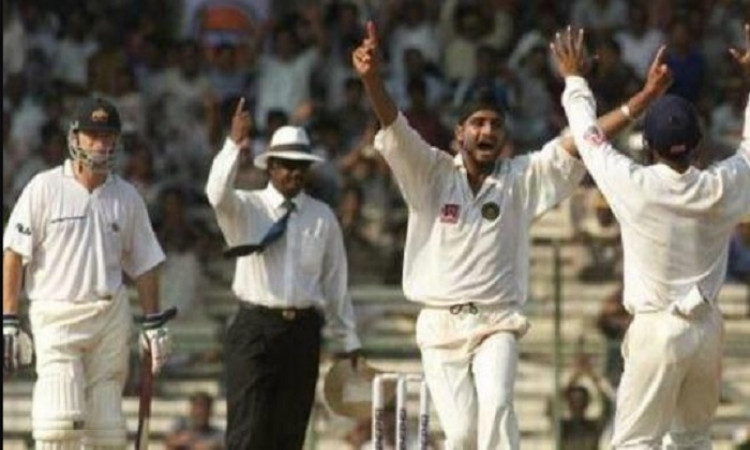 Mumbai, Sep 4; Harbhajan Singh on Wednesday took on former Australia wicket-keeper Adam Gilchrist, asking him to "stop crying" over his dismissal during the off-spinner's famous hat-trick at Eden Gardens in the historic Kolkata Test in 2001.

Harbhajan became the first Indian to take a Test hat-trick as he took the wickets of Ricky Ponting, Gilchrist and Shane Warne to finish with figures of 7/123. He starred in India's epic 171-run win by taking another six wickets in the second essay.

Gilchrist was the second man to be dismissed leg before wicket, but replays showed the ball was hitting his bat first.

There was no Desicion Review System (DRS) during those days and Gilchrist, regarded as one of the deadliest strokemakers to have played the game, tweeted: "No DRS on top of the video of Harbhajan's hat-trick." He also added a sad emoticon.

In reply, Harbhajan said: "U think u would have survived for long if not first ball? Stop crying over these things mate..thought u would talk sense after ur playing days.. but few things never change u r the prime example of that. Always crying (sic)," the 39-year old World Cup winner tweeted.