Happy with my rhythm and clear mindset: Mitchell Starc 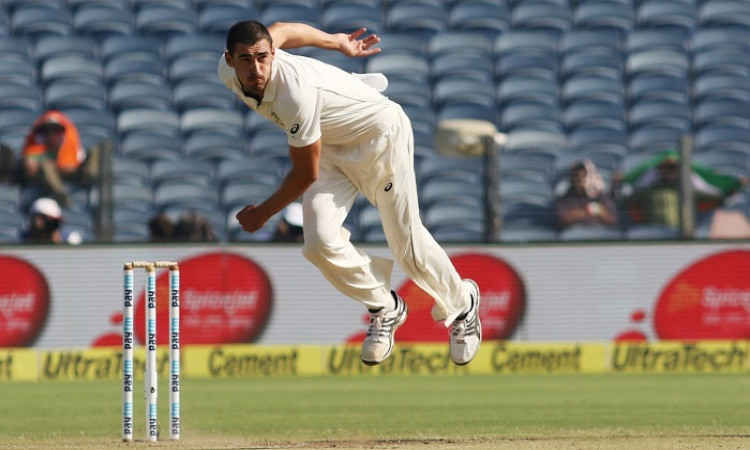 Sydney, Nov 14: Mitchell Starc is ready to put his best foot forward and go into the Pakistan home Test series with a clear mindset, the ace fast bowler said on Thursday after being named in the squad.

Starc was rewarded for his good domestic performances with a selection in Australia's 14-man squad for the two-match Test Series against Pakistan.

"I've just been happy with the rhythm and things that I worked on to get in a clearer mindset," Starc was quoted as saying by www.cricket.com.au.

"The things that I worked on coming out of the Gabba Shield game into the Drummmoyne game, and being pretty focused and clear since the Gabba game and throughout the T20s as well is pretty pleasing for me.

"It's nice to contribute to wins for NSW and Australia and hopefully now having that mindset and that rhythm, having worked on that the last few weeks, hopefully that can carry on through the summer."

Starc is one of five pacers in the Test squad to take on Pakistan, along with Pat Cummins, Josh Hazlewood, James Pattinson and Michael Neser.

Starc hailed the pace philosophy in the team and said it will only augur well for Australia.

"We spoke about the squad mentality during the Ashes series and having five fast bowlers again it's going to be same thing," he said.

"Ness (Neser) bowled really well in that 'A' game (against Pakistan in Perth) from the little pieces that I saw and from what I've heard.

"Patto (Pattinson) has been bowling really nicely and Joshy (Hazlewood), Patty (Cummins) and myself are pretty happy with how we've been progressing -- Patty and I with the white ball and Josh as well in Adelaide.

"Gaz (off-spinner Nathan Lyon) does what Gaz does and he's a big part of the Australian team. We haven't come into camp yet but no doubt it will be a squad mentality with the fast bowlers."