Happy to make teams dance to our tunes: Shami

Ranchi, Oct 22  The Indian pace battery can now make batsmen 'dance' to their tunes even in home conditions which traditionally is known for being spin-friendly, pacer Mohammed Shami said on Tuesday after helping the side script a historic 3-0 series whitewash against South Africa. 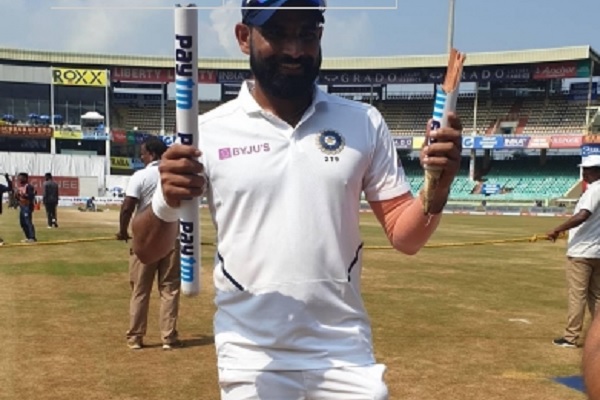 Shami picked up 13 wickets in three Tests, the highest by a fast bowler in the series, while pace partner Umesh Yadav snared 11 in his comeback series.

"Indian conditions were always known to be spin friendly. Now we have that power, among our pacers, that we can make batsmen dance with the bat," Shami told wicketkeeper Wriddhiman Saha on the BCCI website after India's innings and 202-run victory on Day 4 of the third and final rubber.

Besides delivering with the ball since replacing injured Jasprit Bumrah in the side, Umesh also smashed a whirlwind 10-ball 31 in the first innings, his entertaining innings laced with five sixes.

Asked if he celebrated Diwali days ahead of the festival, Umesh said: "I got a match after a long time. Captain gave the liberty to go for the kill and I hit the ball. I enjoyed it a lot."

Shami chipped in by saying that previously Indian tailenders used to struggle on overseas conditions, but now they can hit big also when needed.

"When we used to go overseas, we used to dance to the bowlers' tunes. In today's culture, bowlers can bat. We have been showing in recent times that we can bat as well and hit also."