Happy to fulfill Lodha Panel's wish to get ex-players into BCCI: Vinod Rai 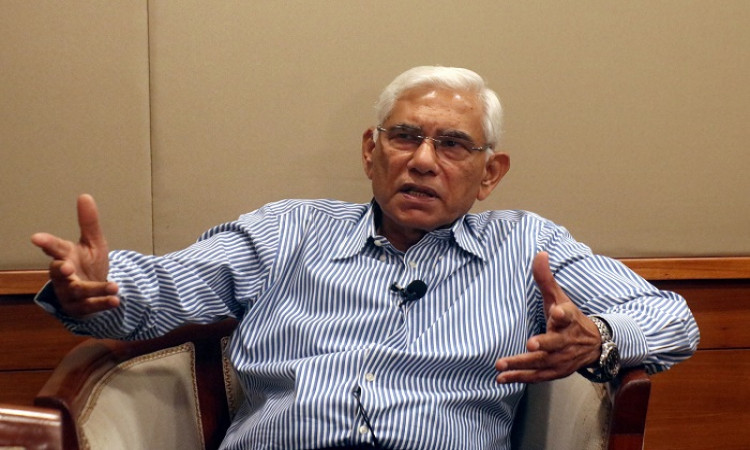 New Delhi, Oct 23: Committee of Administrators (CoA) chief Vinod Rai demited office on Wednesday as per the diktat of the Supreme Court and the new office bearers of the Board of Control for Cricket in India (BCCI) took over the reins. But for Rai, the biggest takeaway is having four former cricketers in the Apex Council of the board.

While there have been questions raised on whether the CoA took too long to implement the Lodha Panel's proposals, Rai believes that despite all the noises made, he is happy that the panel's primary wish of getting former players into administration has been fulfilled.

"Whatever people might say with regards to implementation of the Lodha Panel's reforms, four former players are going to be in the apex body and we are on a very happy road. You will also have former cricketers in the Cricket Advisory Committee," he told IANS.

Commenting on Sourav Ganguly's appointment as the new BCCI President, Rai said that not just as a leader of the Indian team on the field, but also as the chief of the Cricket Association of Bengal (CAB), Ganguly showed that he has what it takes to lead the ship.

"I am exceedingly happy that a former cricketer of the stature of Ganguly, who has been one of our most successful captains has been nominated for election as President because nobody better than him understands cricket and cricket administration because he has been at CAB for so many years. There could have been no other better person to take over is my feeling," he said.

"I am also happy that Brijesh Patel (IPL Chairman) is there and two former players (Anshuman Gaekwad and Shantha Rangaswamy) have come into the Apex Council," he pointed.

Rai handed over the reins to Ganguly at the BCCI HQ on Wednesday and said that while he will still watch the action on the field, his role as a 'nightwatchman' as had famously called himself, ends here.