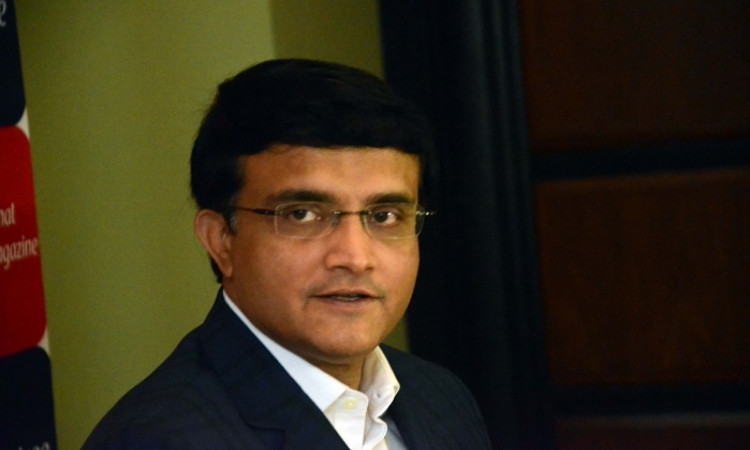 New Delhi, July 8: Legendary Indian batsman Sachin Tendulkar led the wishes for former India captain and current President of the Board of Control for Cricket India (BCCI) Sourav Ganguly who turned 48 on Wednesday.

Touted to be one of the best captains the country has ever produced, Ganguly is widely credited for making India an aggressive side and instilling belief in the team that they could win overseas conditions as well.

Tendulkar was among the first ones to extend birthday wishes to his former opening partner. "Happy birthday Dadi! Hope our off-field partnership keeps going strong like our on-field ones. Wish you a blessed year ahead," Tendulkar said on Twitter.

"Many more happy returns of the day Sourav Ganguly. May you taste ever more success and receive more and more love. Have a great day and year ahead #HappyBirthdayDada," said VVS Laxman.

"Wishing a very happy birthday to the most dynamic and visionary captain of his time. It's a matter of immense pleasure to work with the man who took Indian cricket to new heights. Subho Janmodin Sourav Ganguly," tweeted BCCI Secretary Jay Shah.

Ishant Sharma said: "Shubho Jonmodin Dada Sourav Ganguly. A true inspiration for many! Lots of love and best wishes to you! Have a great #QuarantineBirthday!"

"Happy birthday dada! From a great captain to a brilliant administrator, you have donned them magnificently. Hope you continue your good work for the betterment of Indian cricket... Godspeed. Sourav Ganguly #HappyBirthdayDada," tweeted Pragyan Ojha.

Putting out various important achievements of Ganguly, the International Cricket Council (ICC) on their official Twitter handle wrote: "Third-fastest to 10,000 ODI runs. Holds the record for the highest individual score in CWC for India. 2003 ICC World Cup runner-up. Captained India to 11 wins in 28 overseas Tests. Happy birthday to one of India's most successful captains, Sourav Ganguly."

The most awaited episode is out. DO NOT MISS this special segment where @mayankcricket gets @SGanguly99 to reveal some of the most fascinating behind the scenes stories.