Happiest That My Record Is Broken By You: Raina To MS Dhoni

Veteran Chennai Super Kings batsman Suresh Raina has congratulated MS Dhoni after the former Indian captain became the most capped player in the history of the Indian Premier League (IPL). 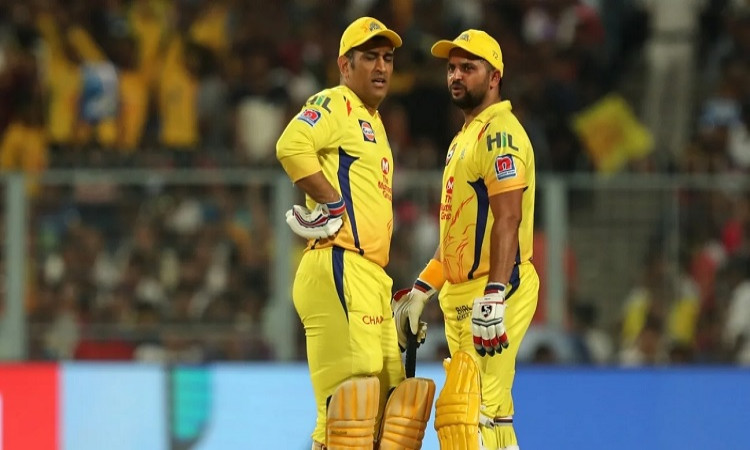 Raina took to Twitter to congratulate Dhoni and said: "Congratulations Mahi bhai at becoming the most capped IPL player. Happiest that my record is being broken by you."

"All the best for the game today and am sure Chennai Super Kings will win this season's IPL," he added.

The wishes, however, didn't work as the Dhoni-led CSK lost the match against the David Warner-led side by seven runs, thus registering their third straight defeat in the ongoing season.

During their chase of 165, Dhoni was seen struggling in the searing heat at the Dubai International Cricket Stadium. However, he continued to bat and helped his team get to 157/5 in their allotted 20 overs.

Out of favour fast bowler S Sreesanth praised Dhoni and tweeted: "Hats off to MS Dhoni bhai...even in this heat keeping for 20 overs and then running (sprinting for his team) lots and lots of respect...now that's what we call never ever giving up in toughest moments. Giving all in for his team."

Dhoni, 39, retired from international cricket in August. And Raina, 33, opted out of the present tournament due to "personal reasons".

The two senior pros have played for CSK since the first IPL edition in 2008, with the exception of two seasons in 2016 and 2017, when the Chennai-based franchise was suspended by the Supreme Court in a betting-fixing scandal. Dhoni represented Rising Pune SuperGiant and Raina played for Gujarat Lions in those two years.