Hamilton (New Zealand), Dec 1: England were 269/5 at the end of day three of the fourth and final Hamilton Test against hosts New Zealand, still trailing by 106 runs here on Sunday. Joe Root (114 not out) and Ollie Pope (4 not out) were at the crease when the stumps were drawn for the day. 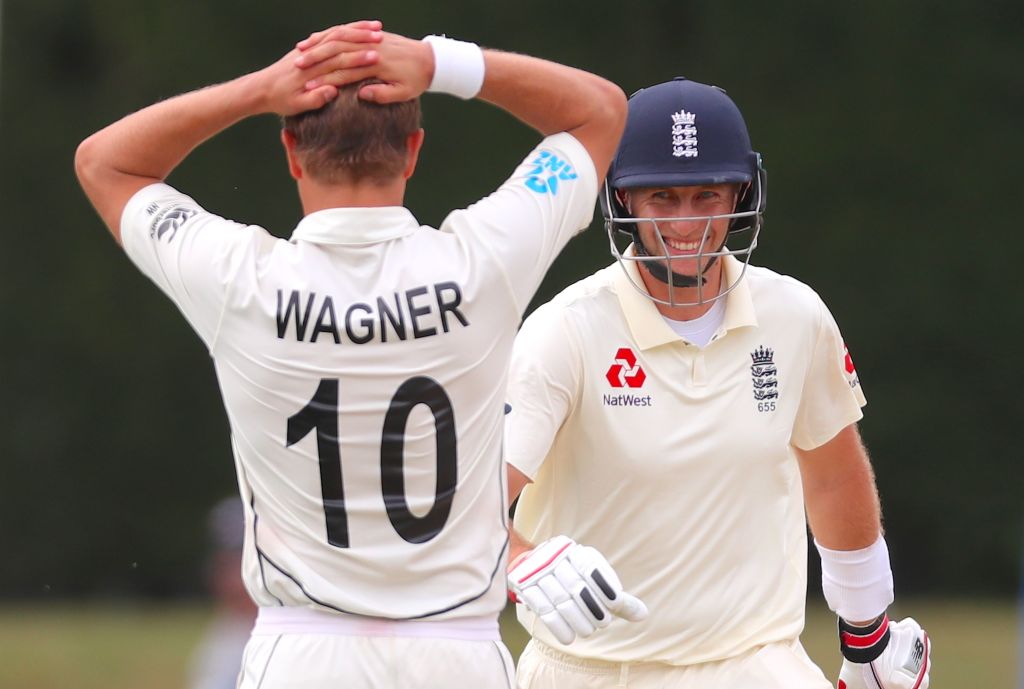 Resuming the day at 39/2, the visitors were off to a safe start as they did not lose a single wicket in the morning session. It was Rory Burns (101) and Joe Root who kept the Kiwi bowlers at bay and the duo shared a crucial 171 runs for the fourth wicket.

Enroute of the stand, Burns also notched up his century in 208 deliveries.

Burns, however, failed to expand his knock as the Kiwis came with a much needed breakthrough in the 74th over as the England opener had to depart following a run-out, reducing England to 201/3.

Root was then joined by Ben Stokes (26) and the duo shared a short 44-run partnership for the fourth wicket. However, the partnership couldn't last long as Tim Southee packed back the latter in the 92nd over.

Incoming batsman Zak Crawley (1) also fell soon as Neil Wagner accounted for his wicket as England were reduced to 262/5.

Just when England were at 269, rains played spoilsport as the day was called-off early.

Earlier, the Kiwis rode on opener Tom Latham's ton followed by half-centuries of Ross Taylor (53), BJ Watling (55) and Daryl Mitchell (73) to post 375 in their first innings.