Had to hit the deck hard to extract movement: Ishant Sharma 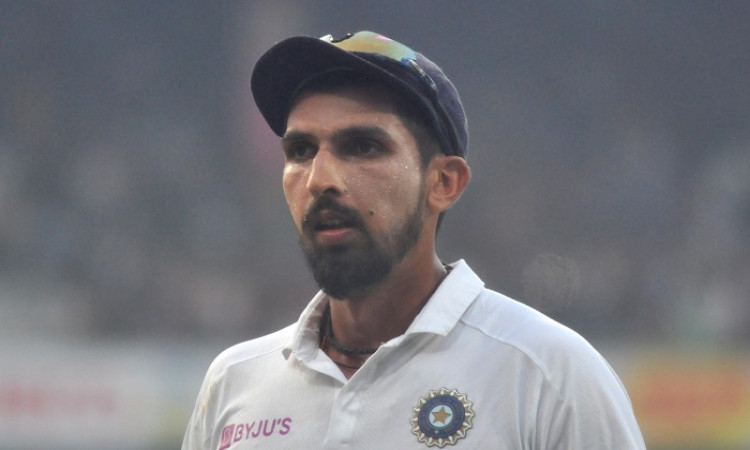 Kolkata, Nov 24: Ace seamer Ishant Sharma said on Sunday that Indian pacers had to hit the deck hard with the pink ball in the early parts of the first day to extract adequate movement from it later in the day.

Ishant starred with the ball as India beat Bangladesh by an innings and 46 runs in their maiden day-night Test at the Eden Gardens to complete a 2-0 series whitewash. The lanky pacer from Delhi took nine wickets in the match to win the Man of the Match as well as Man of the Series awards for his series haul of 12 wickets at an average of 10.75.

In a video released by the Board of Control for Cricket in India (BCCI) after the conclusion of the match on Sunday, batsman Rohit Sharma was seen in conversation with Ishant and fellow pacer Umesh Yadav.

"This is very different (from the red ball)," said Ishant about the pink ball.

"On the first day, the ball was not swinging at all. We then told each other that neither the ball nor the wicket is such that we will get any swing easily. We have to hit the deck hard on length, especially during the day," the seamer said.

Ishant added that the angles he created as per his wrist position gave him rich dividends.

"Earlier I was not able to get that edge because I used to start at the off stump and then it would go out. Now I am bowling at the stumps as it swings away from the line which makes the angle difficult for the batsman," he said.