Had a good chance to maybe make 200: Rohit Sharma on Indore T20I ton 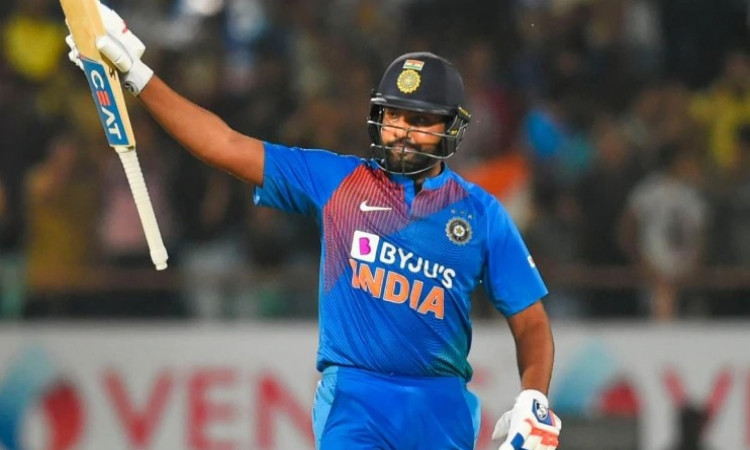 Mumbai, May 2: Rohit Sharma said that he may have missed out on an opportunity to score a T20I double hundred when he got out during the 2017 Indore T20I against Sri Lanka. India's limited-overs deputy said this during a live online interaction with fans of his Indian Premier League side Mumbai Indians, clips of which were tweeted by the IPL champions.

Rohit scored the joint fastest T20I hundred in December 2017 when he reached the three-figure mark in just 35 balls. His innings was part of a whirlwind opening stand of 165 with K.L. Rahul and he was eventually dismissed on 118 off 43 balls in the 13th over.

In the live interaction that was organised by the IPL champions, a fan reminded Rohit of the knock. "In that game I had a good chance to maybe make 200 also. When I got out there were still more than 9 overs (seven) left. So it was a good chance but fine, 35-ball 100 -- I will take that," said the MI captain.

Rohit also answered numerous non-cricket questions from the fans. He said that it is his wife Ritika Sajdeh who remembers important dates more than him and revealed that he liked Maths a lot in his school days.