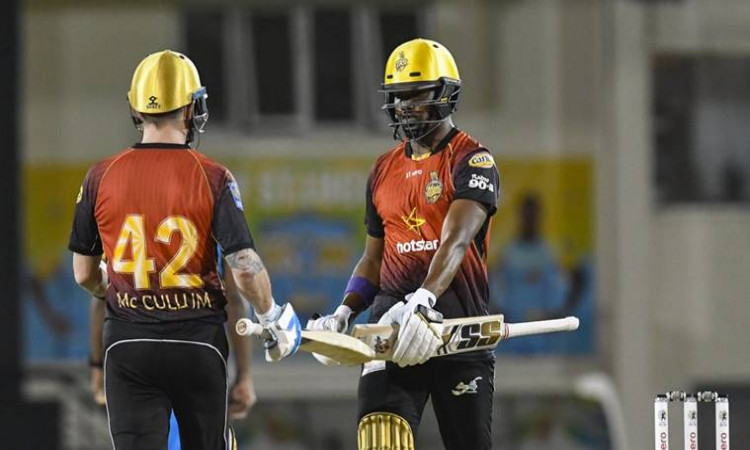 A fourth win in six leaves the Warriors well-placed at the head of the Hero CPL table, alongside Trinbago Knight Riders and Jamaica Tallawahs on eight points. An all-round batting effort in which six men reached double-figures but nobody made more than Tanvir’s 37 not out saw the Warriors overhaul the Patriots’ 168/7 in the final over as the home side were left to rue a wayward bowling performance that gave up 19 extras – 15 of which were wides.

Luke Ronchi got the run-chase off to a brisk start with 28 from 16 balls but wickets fell at regular intervals and for much of the innings the Warriors appeared to be behind the pace as Carlos Brathwaite and Mahmudullah produced tight spells and Ben Cutting grabbed one of the catches of the season with a flying one-handed grab on the boundary to remove the dangerous Cameron Delport.

Tanvir, though, turned the game brilliantly and decisively Guyana’s way. He has form in the Hero CPL having made an 18- ball 50 for St. Lucia Zouks and teed off here to make an unbeaten 37 from 20 and lead his side home.

The penultimate over delivered by Sheldon Cottrell proved the key as Tanvir started and finished it with big Hero Maximums over the leg-side to leave the Warriors needing just three more runs from the final over.