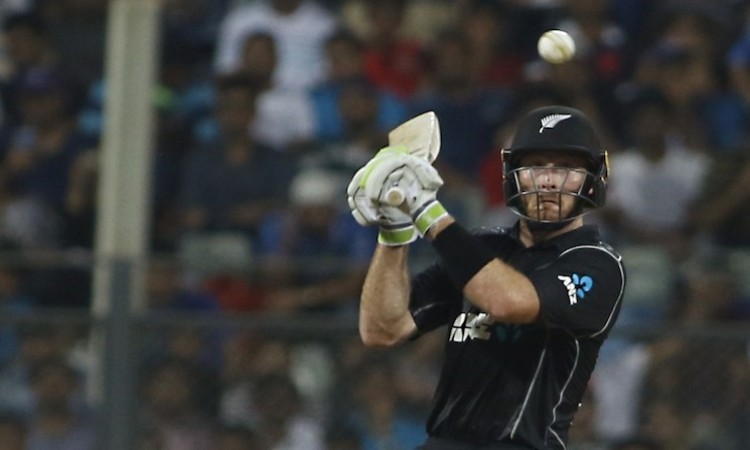 Auckland, Feb 16 - New Zealand's Martin Guptill's 49-ball century went up in smoke as Australia pulled off a world record run chase against the hosts at the Eden Park here on Friday.

D'Arcy Short (76) and David Warner (59) hammered aggressive fifties to set the tone for the 244-run reply and Australia's middle order kept the pedal to the metal at a stage where New Zealand had stuttered to seal victory with more than an over to spare. Eventually the visitors romped home by five wickets.

No team had successfully chased as many runs in T20 cricket.

The stands were peppered with 32 sixes -- equalling the T20I record -- as the odd-shaped boundaries at Eden Park produced a lop-sided match in which the batsmen were able to swing with impunity and bowling became an exercise in damage limitation.

Earlier, Guptill (107) became the leading run-scorer in all T20 internationals, surpassing former Kiwi skipper Brendon McCullum, while also striking the fastest hundred by a New Zealander (one delivery quicker than McCullum) and moving up above his former teammate to second on the all-time six-hitting list, too.

Besides Guptill, Colin Muro (70) stroked a rapid half century to lift the hosts to a mammoth 243/6 in their 20 overs.