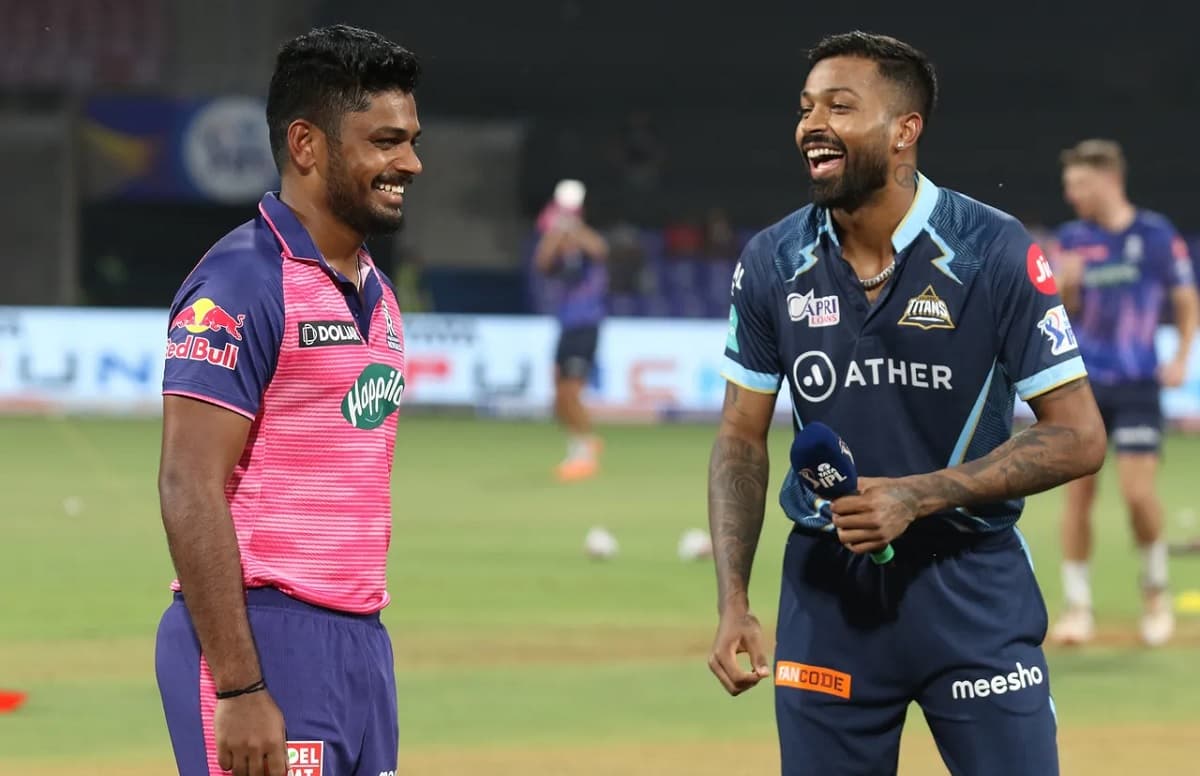 The first qualifier of the IPL 2022 will be played between the top two teams on the points table - Gujarat Titans and Rajasthan Royals. While Gujarat finished at the top with 20 points in 14 games while Rajasthan had 18 points at the end of the league stage.

While there is only a two-point difference between both GT and RR, the approach has been pretty different for them this season. GT have relied heavily on their fast bowlers to keep them in the game while RR have tried to find balance in the bowling department with both spin and pace dominating.

Gujarat has only, in the last three games, started playing two specialist spinners - Rashid Khan and R Sai Kishore; one is a leg-spinner and the other is a slow left-arm orthodox. With Kishore playing, Rashid has gotten a cushion to bowl more aggressively as the left armer has been given the role to bowl against matchups and give economical overs.

Rajasthan, too, have a similar combination in form of Yuzvendra Chahal and R Ashwin where the leg-spinner attacks and the off-spinner defends. The Chahal-Ashwin combo has been the spin combo in the league stages.

The Titans are likely to go in with Shami, Ferguson, Yash, Kishore, Rashid, and Hardik as the bowling combo for the first qualifier. The Royals too are looking solid with Boult, Prasidh, McCoy, Ashwin, and Chahal as the bowlers. Kuldeep might get to play if RR feels high pace is better to tackle GT batters than left arm pacers' variation.

Rajasthan have played with five bowler combo throughout the season while Gujarat have some decent bowling options in their playing XI including Rahul Tewatia so the fifth bowler won't have to bowl all four overs. Tewatia + Pandya + Sai Kishore make up a decent fifth bowler.

In terms of batting, Rajasthan's batting is a better-looking one with Jos Buttler, Yashasvi Jaiswal, Devdutt Padikkal, Sanju Samson, R Ashwin, and Riyan Parag as the batting options. It is a thin lineup but a safe lineup.

GT batters have got stuck against spin, striking at close to 7.7 runs per over but the average is 40 meaning they don't take many risks against this type of bowling and wait for pacers to take the chance. RR batters are quite consistent with the way they approach spinners - 8.6 rpo and an average close to 40, which means they are not only taking risks against spin but not getting out as well.

Chahal and Ashwin's eight overs will be crucial for Gujarat as it'll be interesting to see how they approach them; whether they play out eight overs of the innings or at least attack one of the spinners. For the Titans to attack either Chahal or Ashwin, Shubman Gill will need to play long. GT will hope Pandya and Gill play the maximum overs of spin so that the scoring rate doesn't get affected.

Sai Kishore and Rashid Khan could run havoc in the RR batting order. Kishore is a potential matchup against Buttler, Jaiswal, Samson, and Padikkal while Rashid could frustrate Padikkal, Samson, and Shimron Hetmyer. It'll be interesting to see how Rajasthan uses Ashwin in the batting; there is a good chance he might again bat up the order to tackle spinners.