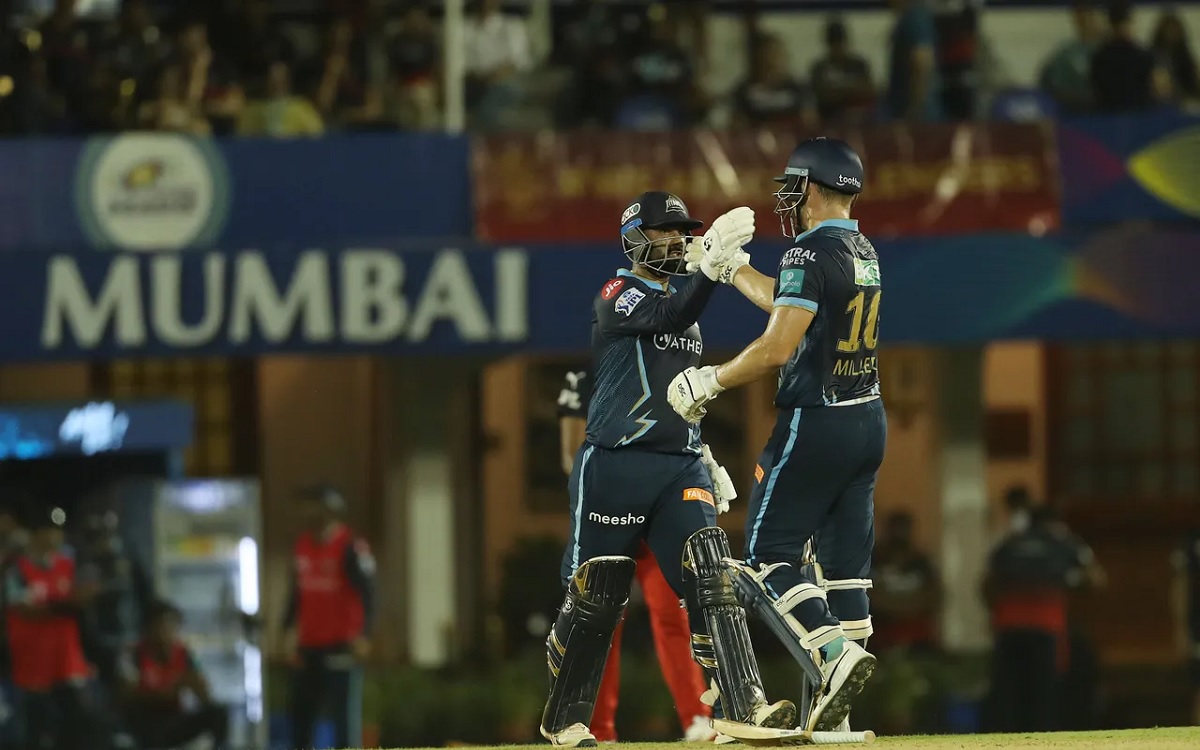 An all-round dominating performance helped Gujarat Titans cruise to a six-wicket win against Royal Challengers Bangalore in match 43 of the IPL 2022 played at Brabourne Stadium, Mumbai.

Chasing a par score of 171, Gujarat got off to a decent start, as they scored 46 runs in the powerplay without losing any wicket. Wriddhiman Saha and Shubman Gill added 51 runs in 7.3 overs for the opening wicket.

Saha, after scoring 29 off 22, was the first to fall and in the next over, Gill also departed after making 31 in 28 balls. Two overs later, the Titans lost captain Hardik Pandya cheaply and another two overs later, they lost Sai Sudharshan. Gujarat's score was 95/4 in 13 overs and things looked pretty much in balance for both teams.

It was then Rahul Tewatia and David Miller joined hands and completely took the game away from Bangalore with an unbeaten 79-run stand in 40 balls. Both Tewatia and Miller looked in complete control of the run chase. Where Rahul finished things off, unbeaten on 43 off 25 balls, Miller made 39 not out in 24 balls.

Earlier, half-centuries from Virat Kohli and Rajat Patidar took RCB's total to 170/6 in the first inning.

After Bangalore lost Faf du Plessis early, Kohli and Patidar stitched a 99-run partnership in 74 balls for the second wicket. Kohli scored a much-needed fifty - his first of the season - and finished at the score of 58 off 53 balls. Patidar was the aggressor among the two and made 52 in 32 balls. Glenn Maxwell's 33 off 18 balls helped RCB finish at a par score of 170.

Among bowlers, GT's Pradeep Sangwan, who was making his debut for Gujarat, finished with the figures of 2/19 in four overs. RCB's Wanindu Hasaranga and Shahbaz Ahmed also picked two wickets each.